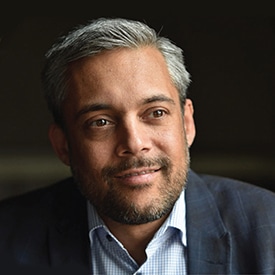 David joined Ecojustice in late 2020. He grew up in Calgary and has a B.Sc. in Chemistry from the University of British Columbia and a Juris Doctor from the University of Toronto. Over the course of his career practising Indigenous rights, Constitutional and environmental litigation, he has become passionate about advancing First Nations interests and protecting of the environment. David is the former Leader of the Alberta Liberal Party, and his journey in politics has clarified for him the existential threat to our society of climate change and environmental degradation, and how difficult these challenges can be to meet by governments alone, or in spite of them.

David has represented clients at all levels of courts in numerous Canadian jurisdictions, including the Supreme Court of Canada, the Federal Court & Court of Appeal, appellate courts in BC, Alberta & the NWT, and superior courts in Alberta, Saskatchewan, Manitoba, BC & the NWT, as well as before regulatory and administrative tribunals and in private arbitrations.

In his spare time, David is a Director of Ottawa-based international anti-poverty NGO Results Canada and the Calgary International Film Festival (CIFF), and can be found camping, hiking, biking and skiing in the gorgeous lands of Treaty No. 7 in southern Alberta.