10 Environmental Wins to Celebrate This Year 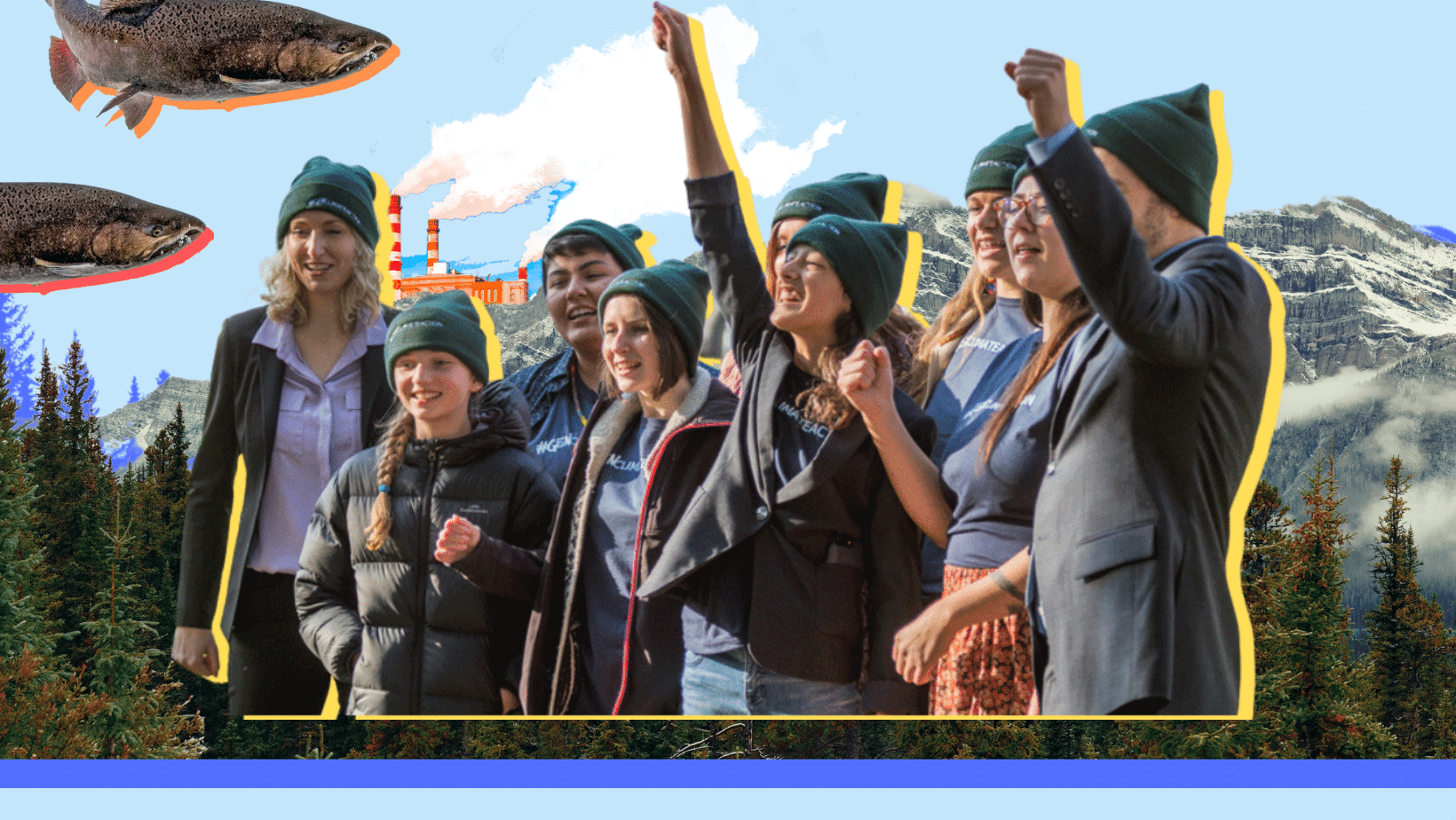 It’s been another record-breaking year for Canada – albeit too often for the wrong reasons.

We’ve also seen successes. It can be easy to overlook the successes. There is, after all, so much more to be done. But celebrating the wins is crucial. It’s how we stop ourselves becoming jaded and find joy, even as hard times test our resolve.

With that in mind, let’s reflect on all that the Ecojustice community achieved in 2021. Together, we:

In February, the B.C. and the federal governments paused logging in the home of Canada’s last three wild spotted owls. Alongside Spô’zêm First Nation and the Wilderness Committee, we welcomed a reprieve of at least a year. This buys us time to work towards permanent protection for one of the most endangered species in Canada.

It was a happy day in March when Canada’s highest court ruled that the federal government could set a carbon tax to fight global heating. This is what Ecojustice lawyers argued for through several rounds of litigation and multiple levels of courts. And just to hammer the message home, the Court found that: “Climate change is real. […] The only way to address the threat of climate change is to reduce greenhouse gas emissions.”

The course of climate justice never did run smooth, as a youth-led climate lawsuit backed by Ecojustice shows.

In March, the Ontario Divisional Court dismissed the Ontario government’s appeal of an earlier decision that shut down the province’s attempt to block a hearing in Mathur et. al. v. Her Majesty in Right of Ontario. What this means is that case is now a Canadian first, having survived all attempts to derail it. Backed by Ecojustice, seven brave young Ontarians will have their day in court in 2022.

But the fight is far from over. If you want to be a part of this historic case, sign our declaration. Our lawyers plan to submit this document to show the court this case is in the public interest, so the more names the better.

Wild Atlantic salmon can rest a little easier following our May victory in the Newfoundland and Labrador Court of Appeal. On behalf of local groups, we showed that the province’s environmental assessment of the Indian Head Hatchery was unlawful. The Court agreed. With the proper protections in place, the vulnerable wild salmon population has a better shot at recovery.

June was a busy month for Ecojustice. In response to pressure from Ecojustice and our partners, the federal government made an announcement signaling the end of Canadian thermal coal mining. Now, companies that want to expand or build new mines will have to prove the project has more benefits than harm. A near-impossible task given the climate emergency.

The environment minister also wants metallurgical coal mines to undergo federal impact assessments. Unlike thermal coal, which fuels power plants, metallurgical coal is part of steelmaking. If we’re to cut our carbon emissions, both types of coal need to stay in the ground.

The Senate made history in June when it passed the Canadian Net-Zero Emissions Accountability Act (Bill C-12). This landmark victory was a joint effort, coming after years of campaigning from environmental groups. For the first time, Canadians have a law that can hold our political leaders to account for their climate commitments.

It took eight years, but finally it’s over. In July, De Beers Canada Inc. pleaded guilty to failing to report mercury pollution at its Victor Diamond Mine. This win sets a precedent for all mining activities in the province, letting polluters know they’re not above the law. As part of the resolution Ecojustice lawyers helped secure, De Beers agreed to make its mercury monitoring reports public, pay a nominal fine of $100, and donate $50,000 to charity.

On behalf of six concerned Canadians, we triggered an investigation into the Canadian Standards Association (CSA). Why? Because what they claim as ‘sustainable forestry’ is anything but. When the CSA certifies even old-growth logging as sustainable, it dupes well-intentioned consumers. So with the support of Stand.earth and Ancient Forest Alliance, we filed the complaint this July. The federal Competition Bureau is now moving forward with the investigation.

September saw Pickering Developments pull its plan to build on the Duffins Creek Wetlands. One of the largest remaining wetlands in the Greater Toronto Area, this area is essential to supporting local people and the surrounding ecosystem. Against a backdrop which saw the Williams Treaties First Nations mobilize and bold community actions, Ecojustice lawyers filed a lawsuit to protect the wetlands. The cumulative pressure of these actions was enough to force the developer to abandon its plans.

10. CALLED FOR THE END OF DISCOVERY ISLANDS FISH FARMS

Announced at the tail end of 2020, the phase-out of fish farms in the Discovery Islands is a huge win for both wild salmon and Indigenous rights. Ecojustice has worked with scientists, activists, and First Nations for years to protect wild salmon in British Columbia from the impacts of open-net fish farms. And thanks to the 17,400 of you who backed our call, Canadian Minister of Fisheries and Oceans Bernadette Jordan got the message and ordered a phase-out

We were in court again this October to make sure the decision sticks, so we’ll be sure to keep you posted.

Of course, there is still a long road ahead to climate justice and we’re working hard to fulfil our mission. So let’s rest, when we can, and head into the new year with renewed strength and purpose. We’ll need it.