Environmental organizations, scientist, back in court to keep open-net fish farms out of Discovery Islands 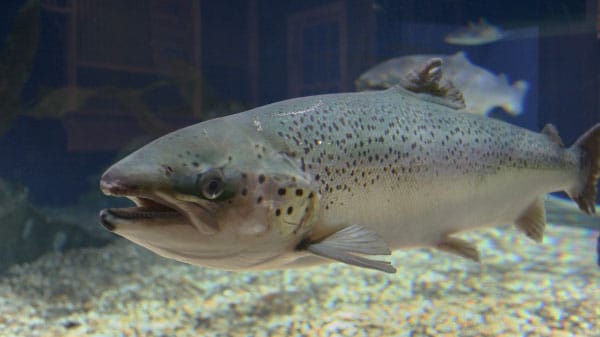 VANCOUVER/UNCEDED xʷməθkʷəy̓əm (MUSQUEAM), Sḵwx̱wú7mesh (SQUAMISH) AND səlilwətaɬ (TSLEIL-WAUTUTH) TERRITORIES – Ecojustice lawyers are back in court this week and next to support former Fisheries and Oceans Minister Bernadette Jordan’s decision to phase out salmon farms in B.C.’s Discovery Islands by June 2022.

Starting today, October 19, the court will hear whether to uphold the ministry’s decision, which has come under fire from fish farm companies.

The hearing is the latest development in a legal battle that began in December 2020, when the minister announced an 18-month phase-out of open net-pen salmon farms after consulting with the seven First Nations with territory in the Discovery Islands.

The decision was celebrated by those working to protect wild salmon from the risk of diseases, viruses and parasites from open-net fish farms. However, fish farm companies in the region have resisted the ministerial decision and continue to apply to transfer fish into salmon farms required to be closed by June 2022. The requests for transfers have been consistently denied by the Minister.

In response to the denials over the past 10 months, three companies have had varied success seeking court injunctions that would allow them to transfer fish into the farms despite the Minister’s direction. However, no new fish have been transferred into the Discovery Islands. One of the companies, Saltstream, is now challenging the legality of a transfer licence denial in a separate case that will be heard in court next week.

Counsel and representatives from the groups issued the following statements:

“To address the plight of wild salmon, which is a microcosm of the larger biodiversity crisis, we need decisive action at all levels of government.

“The Cohen Commission, set up by the federal government in 2009 to investigate the decline of Fraser River Sockeye, concluded that net-pen salmon farming in the Discovery Islands creates a risk of serious harm to wild salmon. In the last decade, wild salmon stocks have only become more at risk.

“Our clients support the Minister’s decision and will urge the court to uphold it. A phase-out of fish farms in the Discovery Islands is a critical step toward ensuring wild salmon stocks have an opportunity to recover and thrive for generations to come.”

“One of the world’s most important wild salmon migration routes passes through the Discovery Islands, so what happens there has far-reaching consequences for ecosystems and communities. Decades of research have shown that open net-pens pose serious risks, particularly to juvenile wild salmon, through the spread of disease and parasites such as sea lice. We can’t afford to stall or backtrack on the decision to phase out Discovery Island fish farms.”

“The federal government has pledged to transition open-net pens to sustainable operations by 2025. The transition must be out of the ocean and onto land in order to eliminate pathogens, bacteria and sea lice from freely flowing into surrounding waters. Wild pacific salmon need the aquaculture industry to start focusing on that transition because they’re already in a state of emergency.”

“The First Nations of the Discovery Islands region never consented to salmon farms coming into their territories, and their objections grew louder as they watched the decline of salmon that are fundamental to their culture. We are grateful to them for raising their rights and title with the Minister, against the practice of open net-pen salmon farming and securing the decision to remove the farms. We look forward to continuing to support their efforts to reclaim territorial waters for wild salmon.”

“British Columbia is currently on a path to removing salmon farms from its coastal regions, we hope this decision is in line with this trajectory towards protecting wild fish from factory farms.”

”In 2021, young salmon from the Fraser and other rivers swam through the Discovery Islands without being exposed to salmon farms for the first time since the early 1990s. This is thanks to Minister Jordan’s December 2020 decision to prohibit fish farm restocking in this critical area. Sea lice infestations decreased by 95% compared to 2020. The minister’s decision must be maintained if we want to give wild salmon a chance to survive.”

David Suzuki Foundation is a leading Canadian environmental non-profit organization, founded in 1990. We collaborate with all people in Canada, including government and business, to conserve the environment and find solutions that will create a sustainable Canada through evidence-based research, public engagement and policy work. Our mission is to protect nature’s diversity and the well-being of all life, now and for the future. Our vision is that we all act every day on the understanding that we are one with nature. Through our digital communications channels, we reach a community of more than one million people throughout Canada. We operate in English and French, with offices in Vancouver, Toronto and Montreal.

Georgia Strait Alliance has been focused for more than 30 years on protecting and restoring the marine environment through long-term, climate-forward solutions to marine threats and habitat protection, and to promoting the sustainability of Georgia Strait, its adjoining waters, and communities.

Living Oceans works to ensure that Canada’s oceans are sustainably managed and thriving with abundant and diverse sea life that supports vibrant and resilient communities. It has maintained a campaign to reform open-net pen aquaculture for over 20 years.

Alexandra Morton is an independent biologist who has dedicated her life to restoring the balance between the people and the wild salmon off the coast of British Columbia.