When Big Oil knocks on the door, keep this in mind 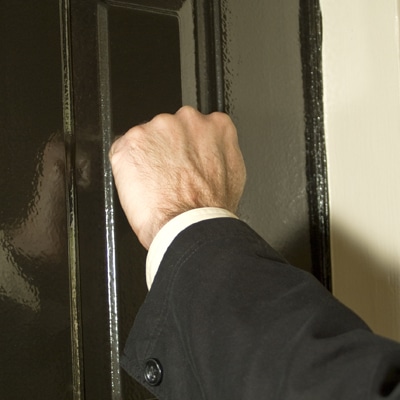 As the review of the Kinder Morgan Trans Mountain Pipeline Expansion grinds its way through the National Energy Board’s (arguably broken) review process, there are many reasons to be concerned. In addition to the many troubling procedural fairness issues (described here and here), there are other systemic issues that should worry Canadians, such as what happens when a pipeline company wants to run a pipeline across private land.

Many landowners in oil and gas-producing areas are familiar with these laws, and with “the landman” who will knock on their door on behalf of the company. But as more pipelines are proposed in new areas, a whole new crop of landowners may soon find themselves face-to-face with Big Oil — and are only now learning that their rights to protect their land are very limited.

And while most Canadians will never have to deal with an oil or gas company that wants to build a pipeline through their private land, both the Kinder Morgan Trans Mountain Expansion and the proposed Energy East Pipeline proposal will put many more people in the path of a proposed pipeline and in the position of having to make sense of the imbalanced laws that consistently prioritize the rights of Big Oil over those of ordinary Canadians.

While negotiating with the landman may be daunting, there are resources that landowners can turn to in order to better understand the system. This article will point you to these resources in the event that the landman knocks on your door. Our message is to take your time and remember that “money talks.”

Ten years ago, Ecojustice and West Coast Environmental Law published a report called When the Landman Comes Knocking: A Toolkit for BC Landowners Living with Oil and Gas. While it deals specifically with the oil and gas laws in British Columbia, many of the principles discussed in the report are still applicable today and also apply to federally-regulated pipelines such as the Kinder Morgan and Energy East proposals. Similarly, the Canadian Association of Energy and Pipeline Landowner Associations website contains a great deal of information and commentary on many of landowner issues, including recommendations to reform the National Energy Board Act as it relates to landowners. The information below is drawn from both of these sources.

Here’s how the system operates, in a nutshell. The National Energy Board Act contains broad powers to allow a pipeline company to enter onto private lands in order to construct or place a pipeline. Once pipeline companies obtain approval for their projects, they are essentially empowered to force pipelines across private land. Landowners are entitled to compensation, but have few legal rights to challenge the pipeline company, and ultimately cannot refuse to allow pipeline construction on their property. If the negotiations do not result in an agreement, a company can apply to the National Energy Board for a right of entry order to access the land.

So if you, or anyone you know, has been approached by a landman on behalf of a pipeline company, here are some tips:

#1: Think about the long-term impacts. When the pipeline company ultimately abandons the pipeline, National Energy Board policy is to leave 80 per cent of the pipeline in the ground, potentially saddling landowners with a bill for thousands of dollars to clean up any problems that may be left behind, or if contamination is found, to litigate liability issues or ensure that the contamination is cleaned up. Furthermore, it is possible the pipeline could have long-term impacts on property value, which should be factored into negotiations with a company.

#3: Feel free to create your own lease terms. Companies use a standard surface lease form, which they may modify to suit their own needs. This is only a starting point. You can add to it, delete from it and design it to meet your needs. Be sure to read the entire lease carefully, and not just assume that different leases contain the same terms.

#4: Talk to your neighbours. Ultimately, the best card you may have in negotiating with a pipeline company is to connect with nearby landowners who may have also been approached and share information with them. While financial arrangements with companies are private, considered confidential by landowners, it is exactly this confidentiality that can result in landowners not getting as good a deal as possible, as it means that landmen can — and do — talk to different people in different ways in order to obtain the most favourable terms of entry for the company at the least possible price.

#5: Talk to a lawyer or someone who’s dealt with landmen before. While pipeline companies have had years of experience negotiating, this is often not the case for landowners, many of whom may have never dealt with a big company knocking on their door to access their private property. A lot is at stake and landowners should consider getting help and representation in the process.

This article is intended to provide general information about landowner rights in relation to federally regulated pipelines.