There and back again

Thanks to the help of thousands of supporters, we got some answers about what the government is doing to protect migratory birds from tar sands tailings ponds

The trees are budding and flowers are starting to bloom. It’s safe to say that spring is in the air. With the warmer weather knocking at our front doors, the time for the migration of hundreds of bird species is upon us. 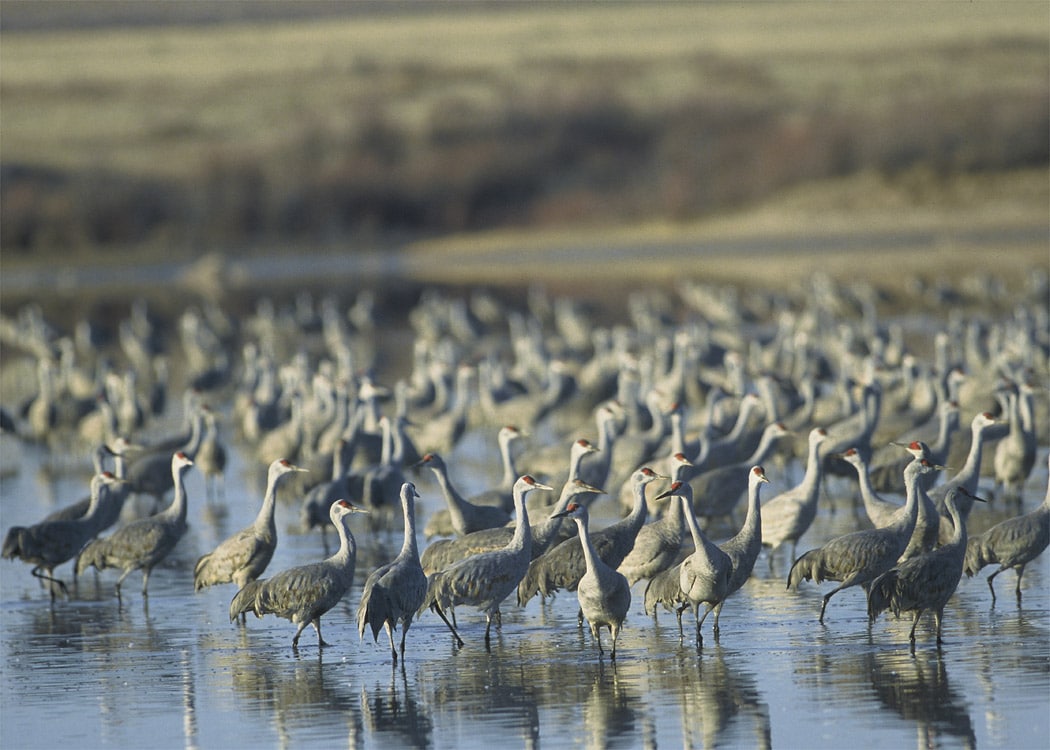 During this time, we will be treated with seeing birds from as far away as Chile make their way to summer nesting grounds. Many of those birds will be making their way to Alberta’s Peace-Athabasca Delta, one of the most important bird habitat areas in North America. The region is a passageway for approximately 1.5 million migratory birds, including the endangered Whooping crane.

Unfortunately, trips for some of our feathered friends will not be smooth sailing.

It is estimated that each year, 200,000 birds land on tar sands tailings ponds — with about 5,000 deaths occurring annually. This number could be even higher, as birds soaked in bitumen could sink to the bottom of a tailings pond before they are detected or fly off after landing to die elsewhere.

That’s why last fall, we teamed up with people like you and our partners at Greenpeace Canada and the Alberta Wilderness Association to give our avian friends a voice. We called on the Commissioner of the Environment and Sustainable Development to investigate why the federal government does nothing as thousands of migratory birds are killed on tailings ponds every year.

Thanks to your help, the Commissioner’s office received more than 6,500 emails that sent a clear message: People are paying attention to what’s being done (and not done) to protect migratory birds from tar sands tailings ponds.

And recently, we finally received an official response.

While we’re happy that government took notice, and answered some of our questions, we still think concrete steps need to be taken to protect migrating birds from toxic tailings ponds.

For starters, we need the government to use the tools at its disposal to hold tar sands operators accountable for harming birds. The Migratory Birds Convention Act restricts toxic substances from being deposited in areas frequented by migratory birds and the Species at Risk Act forbids the killing or harming bird species listed as endangered or threatened.

Studies have shown that the Alberta tar sands are one of the biggest industrial projects on the planet and are considered Canada’s fastest-growing source of greenhouse gas emissions. The process of extracting bitumen from the ground results in large tailings ponds — made up of a mix of water, sand, silt, clay, contaminants and unrecovered hydrocarbons — that birds can easily confuse with the safe haven rivers and lakes of the Peace-Athabasca Delta region.

The simple fact is, as long as projects that expedite the growth of the tar sands are proposed and approved, these deadly pools will remain and will continue to put migratory birds at risk.

Thanks for joining us in taking a stand to protect these magnificent creatures. Now it’s up to the government to ensure that they have safe passage during their seasonal treks.

Tailings ponds are killing migratory birds, and here’s how