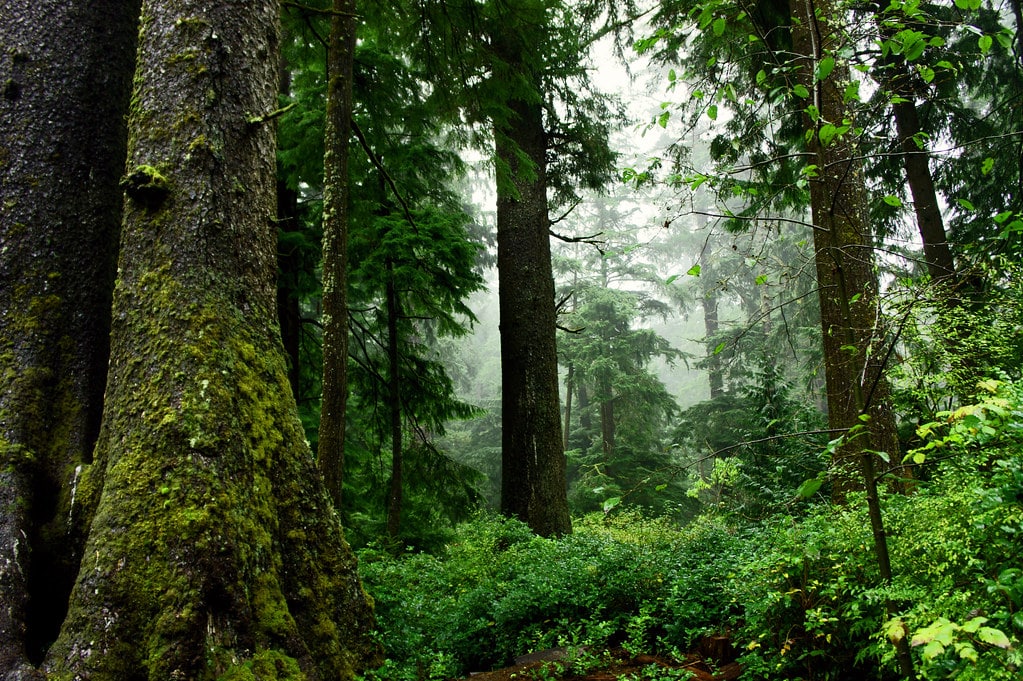 VANCOUVER/UNCEDED xʷməθkʷəy̓əm (MUSQUEAM), Sḵwx̱wú7mesh (SQUAMISH) AND səlilwətaɬ (TSLEIL-WAUTUTH) TERRITORIES – Environmental groups are suing the federal government for failing to protect the critical habitats of at-risk migratory birds across Canada. This includes the threatened marbled murrelet, a seabird that relies on coastal old growth forest for nesting in British Columbia.

The lawsuit, which Ecojustice filed in Federal Court on behalf of Sierra Club BC and Wilderness Committee, alleges that Federal Minister of Environment and Climate Change Steven Guilbeault is failing to meet his statutory duties to ensure the protection of habitat necessary for the survival and recovery of at-risk migratory birds.

At issue in the lawsuit is a protection statement issued by Guilbeault. The groups say the statement relies on an overly narrow interpretation of the Species at Risk Act (SARA) to limit critical habitat protection for at least 25 at-risk migratory bird species, including the marbled murrelet.

“The Protection Statement issued by Minister Guilbeault sets a dangerously narrow interpretation of the federal government’s duty to protect critical habitat of at-risk migratory birds under SARA. It only protects migratory bird nests, not any other parts of the habitat necessary for the survival and recovery of at-risk migratory birds. This threatens the survival of vulnerable species, like the marbled murrelet, who face increasing threats of habitat loss from both natural and human-caused threats like the logging of old growth forests and the impacts of climate change.

“In the face of the mounting biodiversity crisis, it is imperative the federal government protect critical forest habitat to support the recovery of at-risk species, including the marbled murrelet.”

“It’s a no-brainer that species at risk need habitat to survive and recover. When the federal government fumbles and fails to follow their own law, endangered wildlife pay the price. Marbled murrelets and many other species have paid that price time and time again. Now we’re taking action to stop this from ever happening again.”

“The alarm bells are ringing — we’re in the middle biodiversity crisis. We need to strengthen laws that protect species at risk. This protection statement will only allow for more habitat loss. It’s a massive step in the wrong direction when we can afford it the least.”

“What good is a law to protect species at risk if it doesn’t protect the habitat wildlife needs to survive? The new statement is equivalent to protecting a bed in someone’s home while setting the rest of it on fire and expecting that person to carry on like nothing’s wrong.”

“The sixth extinction is accelerating globally, in Canada and in BC, largely driven by habitat destruction, now exacerbated by the climate crisis. We need every level of government to do their part to stop the unraveling of the web of life as we know it. Legislation and its interpretation must be based on the habitat needs of Marbled Murrelets and other species for their survival, not wishful thinking. The regulatory landscape needs strengthening today, not tomorrow.”

More about this lawsuit

Habitat loss is the main cause of decline for more than 95 per cent of at-risk species on land. Protecting threatened and endangered bird species requires protecting the ecosystems they depend upon for survival and recovery, including forests and other wildlands.

This is bad news for all at-risk migratory birds in Canada. Among these is the marbled murrelet, a small, threatened, migratory seabird that nests high in the mossy branches of old growth trees in British Columbia. The birds only approach or leave their nests under the cover of darkness, making the nests nearly impossible to find and difficult to protect.

The main threat to the marbled murrelet’s survival and recovery is logging of their nesting habitat. Surveys conducted in some of the last intact old-growth areas on Southern Vancouver Island in 2021 revealed over 300 marbled murrelet detections overtop of a proposed cutblock in the Ada’itsx (Fairy Creek) area on Pacheedaht territory. This habitat was outside the deferral area and was set to be logged by Teal-Jones Group. No action was taken to stop logging because the nests themselves could not be identified. The cutblock was logged roughly a week after the federal and provincial governments were notified of the marbled murrelet detections.

Plant and animal species are the foundation of a healthy ecosystem. When a species like the marbled murrelet becomes threatened, it is a sign the ecosystem is deteriorating. Each species that is lost triggers spillover effects within its ecosystem, including the loss of other species.

B.C. is the most biodiverse province in Canada and the one with the most species at-risk. These two facts are linked. The province is one of the few in Canada without specific legislation to protect endangered species, which leaves B.C.’s biodiversity virtually unprotected and vulnerable to the impacts of logging, mining, and other industrial activities. This makes the federal government’s responsibility under SARA to protect critical habitat of at-risk species in the province all the more important.

Recent years have seen a rise in tangible habitat threats such as wildfires, heatwaves, and the logging of old growth forests, leaving endangered species increasingly vulnerable to extinction. A recent analysis of 492 wildlife species protected under SARA found that the status of 64 per cent of them has not improved, while the status of 18 per cent has worsened. By allowing the continued destruction of critical habitat for at risk species, the government is accelerating the biodiversity crisis.

This case has larger implications for habitat protection for bird species across Canada. If the groups are successful, the federal government would have to take steps to ensure protection of the habitat and ecosystems bird species are embedded in, rather than just applying often-ineffective measures to protect nests. This could in turn lead to the protection of more old growth forests and other habitat important to migratory birds.