A broad spectrum of groups urges Parliament to expedite passage of Canada’s first environmental racism bill, ahead of the House of Commons debate 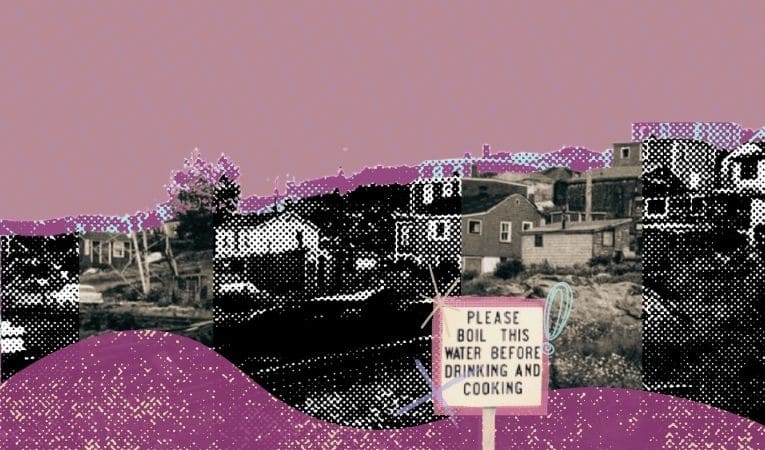 Social justice organizations, health organizations, academics, rights campaigners, and environmental groups are calling on MPs to pass Canada’s first environmental racism law before their summer recess. On Tuesday, April 26, 2022, Parliament is scheduled to begin debate of Bill C-226, An Act Respecting the Development of a National Strategy to Assess, Prevent and Address Environmental Racism and To Advance Environmental Justice (Bill C-226). Bill C-226 was first introduced by former MP Lenore Zann as Bill C-230 in the last session of Parliament. It was approved by the House of Commons environment committee in June 2021 but then died on the order paper when Parliament dissolved for elections. MP Elizabeth May re-introduced the bill as Bill C-226, which is now before the House.

“Given that Bill C-226 is the exact same bill that was already studied and approved by committee at second reading and at amendments last year, we are urging MPs from all political parties to fast track its approval so it can finally become law without further delay,” said Dr. Ingrid Waldron, co-founder and co-director of the Coalition for Environmental and Climate Justice (CCECJ) and founder and executive director of the Environmental Noxiousness, Racial Inequities and Community Health Project (The ENRICH Project).

Environmental racism refers to the disproportionate impacts on Indigenous, Black, and other racialized communities from polluting industries and other environmental hazards. These toxic burdens have been linked to high rates of cancer, reproductive diseases, respiratory illnesses, and other health problems, all of which only compound the cultural loss resulting from the poisoning of country foods and the destruction of culturally significant places.

From the decision approximately 60 years ago to offload pulp mill effluent into Pictou Landing First Nation’s once-pristine Boat Harbour, and toxic landfills placed in the African Nova Scotian communities of Shelburne and Lincolnville, to mercury contamination in Grassy Narrows First Nation, petrochemical facilities in Chemical Valley in Ontario adjacent the Aamjiwnaang First Nation and hydro mega-dams creating a risk to Indigenous communities in British Columbia and Labrador, Canada’s legacy of environmental racism can no longer be ignored.

If passed, Bill C-226 will require the Minister of Environment & Climate Change to develop a strategy that must include measures to:

-the involvement of community groups in environmental policymaking.

-compensation for individuals or communities.

-ongoing funding for affected communities and

-access of affected communities to clean air and water.

Once again, CCECJ and the ENRICH Project are asking members of all political parties to pass a bill that advocates say could make Canada an international leader in addressing environmental, social, and public health issues that impact Indigenous, Black, and other vulnerable communities across Canada. This has become even more urgent amidst the epidemic of anti-Indigenous and anti-Black racism and the COVID-19 pandemic that has disproportionately impacted these communities

“The prime minister and four out of five parties in the House are already on record supporting this bill. The CCECJ and the ENRICH Project call on Parliament to expedite its passage. There’s no excuse for delay,” said Waldron.

“We have the stories on environmental racism in Canada but we need more data at the national level to help Canadians better understand the issue. Bill C-226 will allow for this data to be collected. People’s health and well-being are really impacted by environmental racism. The consequences of inaction are real now, and they will be worse in the future if we don’t do anything about it.”

“Canada needs a legal requirement to identify, examine or assess the impact of environmental pollution on racialized and low-income communities.

“Structural environmental racism results in devastating health, social and cultural impacts, and without adequate legislation these communities continue to suffer in silence.

“Bill C-226 is a significant first step to addressing systemic racism in Canada’s environmental laws. All parties must work to pass this important piece of legislation.”

“As things stand today, Canada’s environmental laws are not equipped to redress existing examples of environmental racism or prevent new examples from coming into being. Bill C-226 is an opportunity for the Government of Canada to examine a pressing problem and work with affected communities to find effective solutions.”

Manvi Bhalla, President, and Co-Founder of Shake Up The Establishment said:

“Environmental racism is a non-partisan issue, and individuals, institutions, and organizations unwilling to endorse this non-partisan bill publicly, for any reason, are upholding the current status quo, which is white supremacy. That too, they are perpetuating white supremacy within the current majority governing structure, which was already built by and for the best interests of the white, capitalist patriarchy. This bill highlights a critical step forward towards ensuring the health and wellbeing of Black communities, Indigenous communities, and communities of colour who have and continue to be underserved by legal frameworks that fail to protect them from environmental hazards and toxins.”

“Racialized and economically disadvantaged communities have been at the forefront of exposure to, and impacts from, environmental toxins for decades. This bill will help to begin the process of documenting and redressing this systemic problem and help to build a safer and more equitable future for all Canadians”

“Exposure to toxic substances has been linked to high rates of cancer, as well as reproductive and developmental health outcomes. Canada has a long history and lasting legacy of environmental racism where Indigenous, Black, and other racialized communities experience a disproportionate burden of exposure to polluting industries and environmental hazards. The Government of Canada has an important opportunity to address environmental racism and prevent these exposures through this important piece of legislation, coupled with a strengthened Canadian Environmental Protection Act.”

“Bill C-226 holds a significant role in the development of a national strategy for environmental racism. This bill provides direction on what is needed for future solutions in addressing systemic racism and highlights the effects of environmental racism. Our Black, Indigenous, and communities of colour are facing severe health impairments, due to these toxic waste facilities. The Canadian government has an opportunity to address and preserve Black, Indigenous, and people of colour communities in supporting this bill. BillC-226 will allow for data collection and will expand the unnavigated grounds of the damaging capacity environmental racism holds within communities. Our systems were not designed to uplift and respect Black, Indigenous, and People of Colour; they were built to oppress, silence, and dehumanize them. The Canadian government needs to take active steps in rebuilding these institutions.”

“At the most basic level, a person’s health and well-being shouldn’t matter any less because of the colour of their skin yet Indigenous, Black, and other racialized communities have and continue to be subject to environmental racism across the nation. Action is necessary, which is why youth from la CEVES, are joining groups across the nation to call for the Canadian government to adopt Bill C-226. Enough are the days where it’s acceptable for corporations to get rich off of the degradation and endangerment of racialized communities”.

“If there is no equity, In the long run, it will affect everyone in one or another way”.

“United We Stand, Divided We Fall”

“At CAPE, we recognize that health is not just a medical issue. Health is intertwined with and impacted by multiple social factors. These factors include political, economic, and legislative issues in the community, national and international environments. Health is also an environmental justice issue. Environmental racism and the disproportionate exposure of Indigenous, Black, and other racialized communities to environmental hazards lead to many health problems including cancer, reproductive diseases, respiratory illnesses, and others. CAPE calls on Canada’s political leaders to support Bill C-226 to redress environmental racism.”