Help stop the flood of microbeads 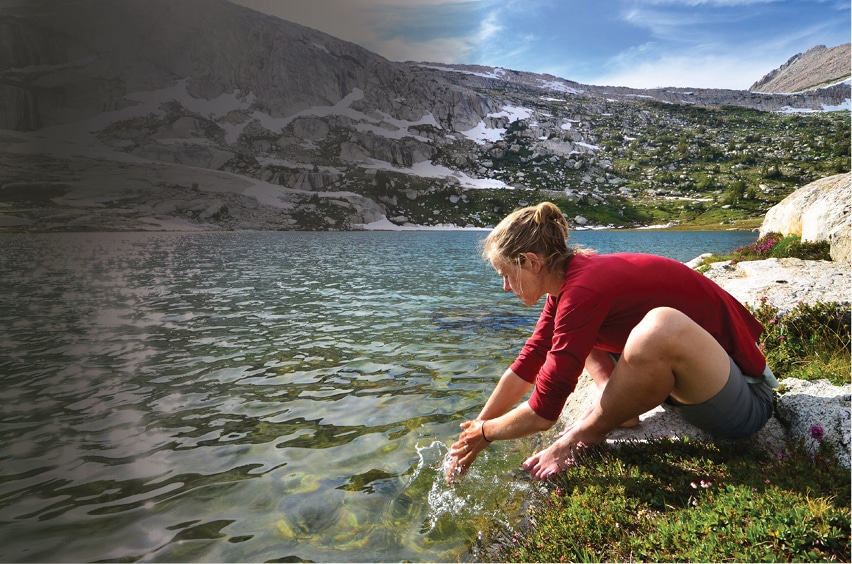 It used to be said that we could achieve “better living through chemistry” and experience a world of comfort and convenience that our ancestors only dreamed of. And some have made a compelling argument that, at least in the short term, a reliance on modern chemistry has led to better living by enabling vaccines, proper sanitation, increased crop yields, etc. But even if you feel that modern chemistry has uniformly been a good thing in our lives – there can be too much of a good thing.

The federal government has recognized this and is getting ready to step in to restrict the use of plastic microbeads that end up in our lakes and rivers. But the government may not be moving quickly enough, lagging behind even our American neighbours to the south.

A little over a decade ago industry started adding tiny bits of plastic called ‘microbeads’ to all sorts of personal care products.

What’s clear is that while microbeads may once have been considered a desirable selling feature of these products, they’re certainly not essential, irreplaceable or – perhaps most significantly – important enough to warrant polluting our rivers and lakes with millions of tiny bits of plastic.

When products containing plastic microbeads are used and washed down the drain, the plastic is too small to be caught by wastewater treatment facilities, which are not designed to remove or treat microbeads. Instead, they are discharged directly into our rivers and lakes. Scientists have found millions of microbeads in parts of the Great Lakes. The highest concentration was found in Lake Ontario with counts of up to 1.1 million plastic particles per square kilometre.

How do microbeads affect the environment?

Microplastics also absorb dangerous pollutants such as PCBs and polycyclic aromatic hydrocarbons that are already present in the marine environment. When fish, birds, and other wildlife ingest these plastics, the harmful pollutants accumulate in species low in the food chain and are passed on to larger predators, eventually contaminating the fish and wildlife species consumed by humans.

Marine species are unable to distinguish between food and microplastics, and therefore often end up indiscriminately feeding on microbeads. The U.S. National Oceanic and Atmospheric Administration estimates that plastic debris kills millions of birds and fish annually, in addition to 100,000 marine mammals.

What’s troubling about this otherwise welcome announcement is that the government’s proposed Canadian manufacturing ban and ban on the sale of microbeads lags behind the American government’s timeline for a ban by six months.

In the US it will be illegal to sell products containing microbeads on July 1, 2018, but in Canada, under the federal proposal, we’d have millions of microbeads flowing into our lakes and rivers for another half year!

In fact, it’s quite conceivable that Canada will become a dumping ground for microbead laden products that American retailers couldn’t sell before their deadline – thus flooding the Canadian market with discounted microbead products.

You can take a stand for microbead-free lakes and rivers today. Send a comment before March 10th urging Canada’s Ministry of the Environment and Climate Change to move quickly on banning microbeads.

Wondering what you should say in your comment? Here are a few suggestions:

Please address comments to the Products Division of Environment Canada with the subject “Consultation on Proposed Regulations for Microbeads”. Comments can be submitted by email to ec.produits-products.ec@canada.ca or can be mailed to:

Microbeads add up to big problem for Great Lakes