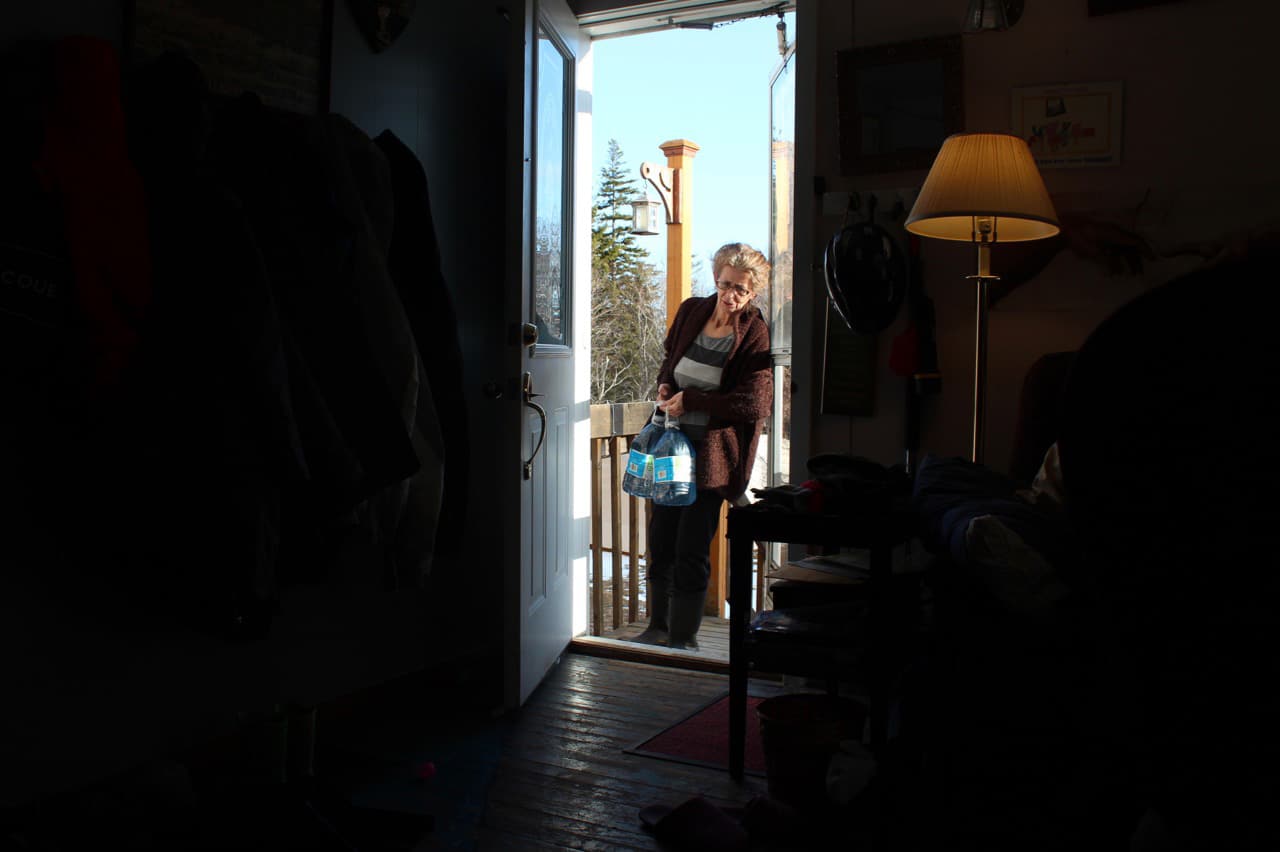 Marlene Brown lugs a supply of bottles she's filled at the local church into her home. (Photo: Rebecca Hussman)

For nearly a decade, toxic chemicals from a construction and demolition recycling facility have contaminated the water supply of many residents of Harrietsfield, N.S.

This month, more than 3000 Canadians signed a letter demanding that Nova Scotia Environment Minister Margaret Miller use her legislative power to enforce orders requiring the companies responsible monitor and make plans to clean up the contaminated RDM Recycling site.

In 2009, resident Marlene Brown contacted Nova Scotia Environment looking for answers about what was in her and her neighbours’ wells after noticing fluctuations in her water sampling results. Around that time, RDM Recycling Ltd. contacted the Ministry asking to reduce its water monitoring requirements.  So began a lengthy saga of residents asking the government to ensure a site clean-up and a clear picture of the extent of the contamination problem.

Toxic chemicals including boron, arsenic, cadmium and uranium were found in some wells at levels that exceed what is considered safe under Canadian Drinking Water Quality Guidelines. In 2010, the Minister ordered those responsible for the site to monitor contamination and engage experts to study the problem and create a clean-up plan. 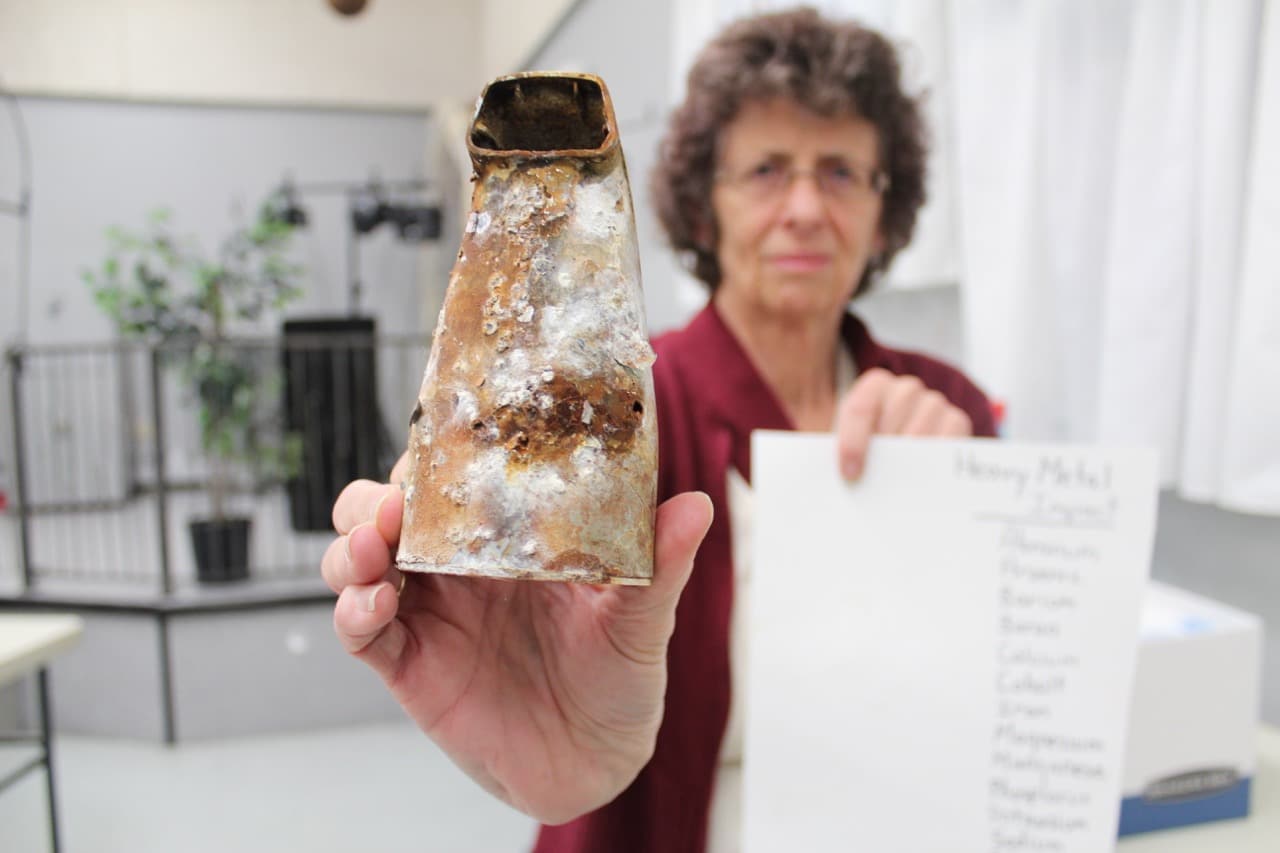 Toxic chemicals like boron, arsenic, cadmium and uranium have been found in Harrietsfield wells.

Since 2010, those responsible for the site have brought three separate appeals to Nova Scotia’s Supreme Court asking to be removed from the Ministerial Orders.

Ecojustice and East Coast Environmental (“ECE”) Law Association have been working with Harrietsfield residents who intervened in these appeals, arguing successfully that the Orders should be upheld.

“Those who caused the pollution should be the ones to clean up this site,” said Ecojustice lawyer Kaitlyn Mitchell. “If those responsible fail to comply with legally-binding Ministerial Orders, Minister Miller must step in and protect residents and their local environment.”

Despite requirements in the legally binding Ministerial Orders, residents’ wells are no longer being tested.  Even when testing was still being conducted, it was difficult to rely on the results because they fluctuated often, said Harrietsfield resident, Angela Zwicker. 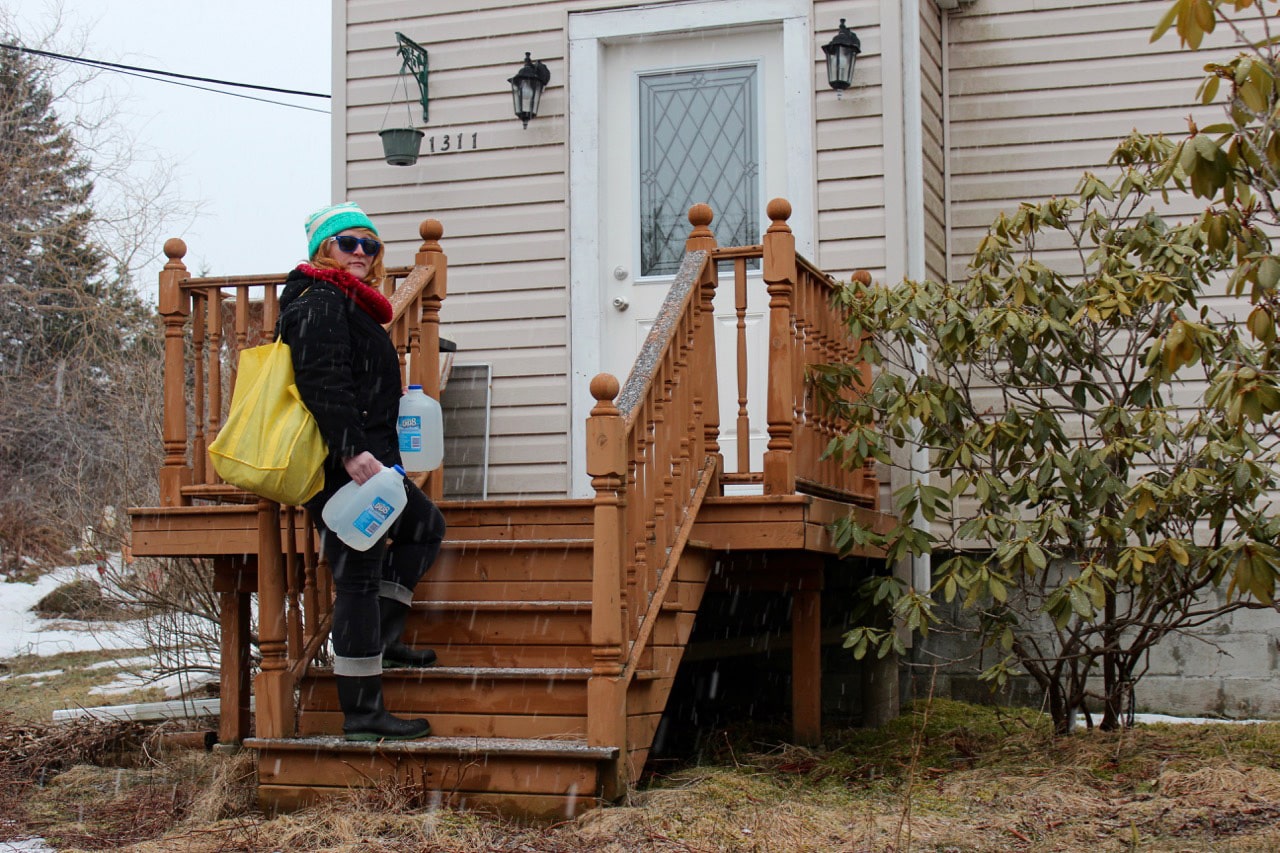 Harrietsfield residents dealing with pollution they didn’t cause

Marlene Brown has taken it upon herself to provide residents with information about where to get safe water and what red flags to look for in water monitoring reports.

“The only help we’re getting is from Ecojustice, ECE Law, and the church,” she said, adding that she expects the government to come forward and do more.

“Instead, the community is governing itself,” Brown said of her efforts to spread awareness within the community.

Brown is one of many residents who are left to get their drinking water outside of their homes – having a water supply means filling up at the taps of a local church.

“We just watch our plumbing deteriorate. I have no peace in my home anymore. My home is a house,” she said.

“None of us can afford to move, so basically we’re stuck. If they can’t even force a company to reinstate a water monitoring program, it’s going to be years before they clean up the contamination on that site,” Brown said. “We’re surrounded by water and we can’t drink. We might as well be in the ocean.”

Residents new and old, in the dark

Even before facing the dangers posed by the construction and demolition site, residents have had contamination worries as early as the 1970s when there were high levels of uranium detected in their water.

Residents still have many unanswered questions about what is in their wells and whether their health is at risk.  Brown and other residents continue to wonder if there is a connection between contamination of the community’s water and health problems experienced by community members and their pets.

Angela Zwicker first learned of the contamination through a meeting put on by Brown.

After discovering the threat posed by the ground water, she too began getting her water supply by lugging jugs of water to and from her house to avoid toxic chemicals.

“I never stop thinking or stressing about water. It’s always on my mind,” Zwicker said. “Did I remember my bottles when I left the house? How many full bottles do I have left? Do I need more? Will they last the weekend?”

The simplest of tasks, like washing fruit, become laborious undertakings with a limited water supply — something Zwicker describes as feeling like she is “constantly camping.”

Despite promises of water filtration systems, the contamination itself has taken a toll, Zwicker said. “It’s the fear that I am putting my health at risk and the fear that I have jeopardized the lives of my loving pets.  It’s the feeling of being completely stuck in a house that I can’t ever get out of and a mortgage for thirty years on a place I don’t want to be.”

In early March, Justice Timothy Gabriel ruled that the ministerial clean-up order must be upheld. However, given that Ministerial Orders have been in place since 2010 and never fully complied with, Brown and Zwicker are cynical about the prospects of a clean-up.

According to Nova Scotia Environment, the Ministry exists to “deliver effective and efficient regulatory management for protection of our environment.”

Harrietsfield residents are asking Minister Miller to enforce the orders or else undertake the clean-up and send polluters the bill.

“I feel very frustrated by the fact that no one wants to clean up the mess they made,” said Zwicker. “Maybe they would all like to come over to my house for a glass of water?”

“Even once a month testing does not make me feel safe enough to consume the water coming out of my taps. I will always be fearful and paranoid of the water quality,” Zwicker said.

The water contamination has affected residents mentally, physically, and financially, according to Brown. “Systems are breaking down, people can’t afford to have them fixed and we know that a [contamination] plume is now in the wells,” Brown said.

One of the intervenors in the case, Melissa King, was Brown’s neighbour until she abandoned her house two years ago. 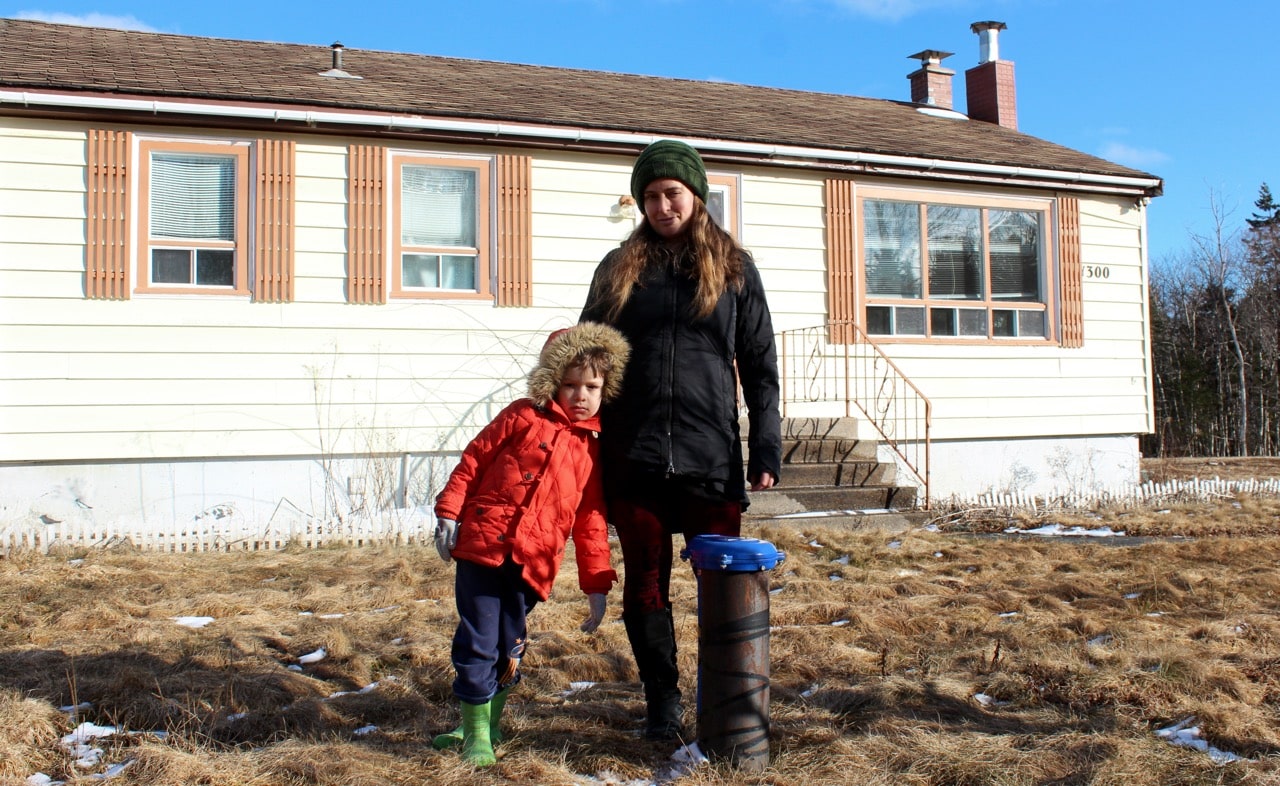 Melissa King and her son Emmett, in front of their abandoned home.

“People are scared, people are terrified. People are trying to move,” Brown said. “We have residents moving into the community that have no idea what’s going on and it’s frustrating.”

Harrietsfield residents continue to bear the risks of living in a community close to pollution.

“Harrietsfield is an egregious example of passing the burdens of contamination on to communities that lack the resources to fight them,” said Ecojustice lawyer Kaitlyn Mitchell.

Fighting for access to clean water for residents in Harrietsfield, Nova Scotia