Canada’s not ready for a major oil spill 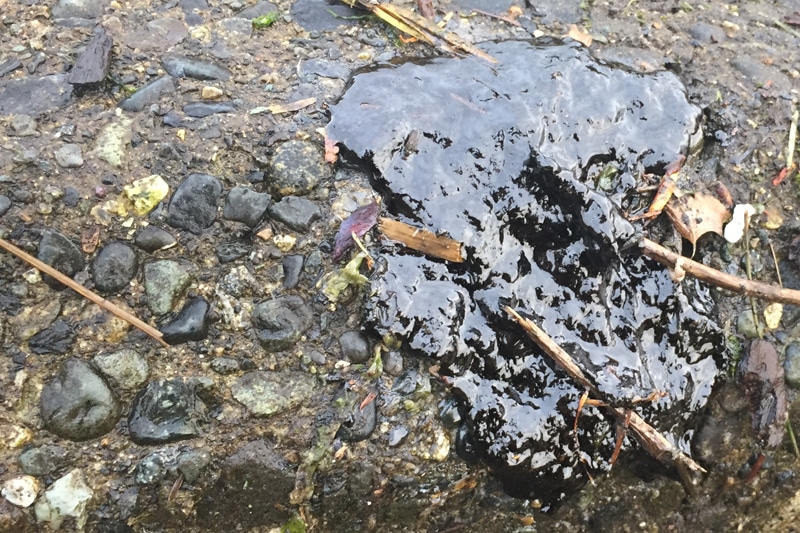 Editor’s note: In 2015, a toxic fuel spill in Vancouver’s English Bay starkly illustrated how ill-prepared Canada is to respond to a major oil spill. We got another startling wake-up call just last week, when a tugboat ran aground and started leaking diesel into the waters near the Great Bear Rainforest.

We said it then, and we say it now: We do not have the appropriate safeguards in place to respond to a major oil spill off of B.C.’s coast, nor do we have all the legal mechanisms necessary to hold those responsible for such environmental harm to account. Until the tanker-sized holes in Canada’s spill response plan and legislative framework are addressed, we cannot allow even a limited expansion of tanker traffic off our coasts — to say nothing of the global imperative to stop extracting, transporting, and burning fossil fuels.

The commentary below first appeared in the April 22, 2015 edition of the Vancouver Sun.

In the wake of last week’s toxic fuel spill in English Bay, officials at all levels of government were playing the blame game and pointing fingers over a not-so “world-class” spill response plan. But beneath all that posturing and righteous indignation remains one simple fact: Canada — from its spill response teams to its legislative framework — is not ready to handle a major spill.

I spent decades as a senior general counsel at the Department of Justice, where I prosecuted both criminal and civil oil spill cases.  My work on the Nestucca oil spill — which spilled 874,000 litres of oil off the coast of Oregon, polluted the beaches of Vancouver Island and killed 35,000 migratory birds — made me intimately aware of how even a moderate-sized spill can impact people and the environment for years after the fact.

Compared to the Exxon Valdez spill (more than 40 million litres spilled) or even the Nestucca spill, the English Bay spill was small. Still, Canada bungled its response, proving that its emergency protocols are ill-equipped to handle a spill of any size. This is not a big surprise: While much has been made of recent cuts to the Coast Guard, we cannot overlook the fact that Canada made the foolhardy decision in the early 1990s to sell off its oil spill clean-up equipment (at the time thought to be the best in the world) and leave emergency clean-up to the private sector.

It is easy to take issue with the Coast Guard’s sluggish, wholly inadequate response to the spill, but I’m particularly troubled by its claim that it was able to recover 80 per cent of what was spilled. Such a claim is, quite frankly, ludicrous.

In most instances, recovering a mere 10-15 per cent of any spill is considered a success. This is because it is impossible to determine with any precision how much oil is released during a spill:  It can dissipate into the water, sink to the ocean floor, wash up on beaches, or escape into the air. Even the Coast Guard admits it is likely that more than the 2,700 litres of toxic fuel first reported actually spilled into English Bay. And if you don’t know exactly how much oil has been released, it is impossible to clean it all up.

The Coast Guard also appeared to be misinformed when it stated that it would recoup the full costs of cleaning up the spill — what it fails to appreciate is that this is much easier said than done. In dealing with recouping costs and seeking environmental damages, a number of complex legal questions arise: Were the costs incurred reasonable and necessary? How do you quantify impact on wildlife or ecosystems with no market value? What happens when an endangered species is destroyed?

Unfortunately, these are all questions Canadian law is not equipped to effectively and efficiently address.

Canadian politicians like to claim that our environmental laws and regulations are world-class, but this is simply not true. Whether we are looking at improving drinking water standards, regulating greenhouse gas emissions or prosecuting polluters, the laws and regulations that are supposed to protect Canadians and the environment are increasingly falling behind those of other industrialized nations.

I now work at Ecojustice, Canada’s only national environmental law charity, where we have been involved in review processes for both Enbridge’s Northern Gateway and Kinder Morgan’s proposed Trans Mountain pipeline expansion. The latter would see a seven-fold increase in tanker traffic through Burrard Inlet. Over and over we have challenged the companies’ safety records and Canada’s emergency response plans. Again and again, they tell us that Canadians have nothing to worry about.

After what happened in English Bay, how can we trust them?

The English Bay spill was relatively small, but it was a big wake-up call: We are not prepared to deal with a major oil spill.  And until the tanker-sized holes in Canada’s spill response plan and legislative framework are addressed, we cannot allow even a limited expansion of tanker traffic off our coasts.