We’ve got a message for Ontario: It’s time to respect all Ontarians’ right to breathe clean air 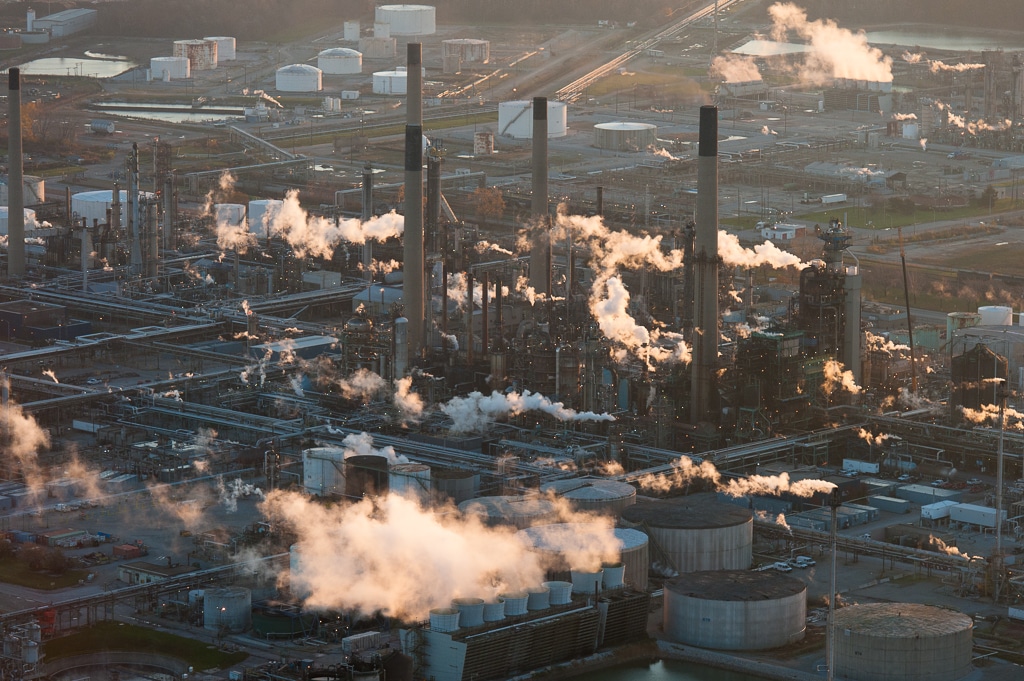 Clean air is something many of us take for granted. Our lives and health depend on it.

It may surprise you to learn that approximately 15,000 Canadians die prematurely because of exposure to polluted air.

Poor air quality can lead to strokes, heart disease, lung cancer, and both chronic and acute respiratory diseases, including asthma. Some members of our society experience these health risks more than others — those living in communities with poor air quality, such as those near clusters of industry, bear a larger proportion of this health burden. Biologically vulnerable groups, such as pregnant women, children, and the elderly are more susceptible to the effects of exposure.

That’s why the Ecojustice team has worked for more than a decade to help improve air quality in communities across Ontario, including those near pollution hotspots like Sarnia’s Chemical Valley and Hamilton’s industrial core.

Some of our efforts have led to important victories, like Ontario’s Ministry of Environment and Climate Change moving to strengthen its wildly outdated air quality standard for sulphur dioxide (SO2) — an air pollutant known to cause respiratory distress.

And now we want to make sure Ontario strengthens its standards for two other harmful air pollutants.

We’re helping our clients, Ada Lockridge of the Aamjiwnaang First Nation and Lynda Lukasik of Hamilton, file an application under Ontario’s Environmental Bill of Rights urging the government to review outdated regulations for nitrogen dioxide (NO2) and establish a legally-binding standard for fine particulate matter (PM2.5).

Ontario’s current air quality standard for NO2 is more than three times higher than the level recommended by Canada, and twice the level the World Health Organization advises is safe. This situation is particularly alarming when you consider the health impacts associated with NO2.

Scientists have linked long-term exposure to NO2 to harmful health impacts like lower lung function and growth, especially in children.

Ontario recognizes that PM2.5 presents a human health burden and has admitted that there are regulatory gaps.

PM2.5 is composed of airborne particulates of solid or liquid form (including secondary particulates that form from NO2) and can cause distressing health effects.

Exposure to fine particulate matter negatively impacts the heart and lungs, and can cause asthma attacks, chronic bronchitis, and heart attacks. It is also linked to increased emergency room visits, hospitalization and early death due to respiratory and cardiovascular problems — all impacts that disproportionately affect already-vulnerable populations.

According to an analysis by Statistics Canada published in 2017, exposures to PM2.5 are higher for visible minority and immigrant populations due, in part, to higher percentages of these populations living in urban cores where air pollution levels tend to be higher.

And despite the overwhelming evidence that PM2.5 exposes the environment and the people of Ontario to serious risks, there is no legally-binding standard to regulate people’s exposure to PM2.5.

Low-income families, Indigenous communities, and other socially marginalized groups are disproportionately exposed to environmental hazards like outdoor air pollution. In fact, 25 per cent of Canadians in low-income communities live within one kilometre of a pollution-emitting facility.   Comparatively, only 7 per cent of people living in affluent communities live within this same distance. Although there are many sources of PM2.5 and NO2, including vehicle traffic, industrial facilities remain a significant source of these contaminants.

The inequitable sharing of the pollution burden is worsened by the fact that individuals in socially marginalized communities are often more vulnerable to the health effects caused by the pollution.  For instance, social stressors and nutrition deficiencies associated with living in poverty can alter immune function and the way the body reacts to pollutants, particularly in young children.

That’s why we’re urging the Ontario government to update its air quality standards as soon as possible to ensure that communities across the province have equal access to safe, breathable air. To make that possible, we’re calling for the following changes:

The Ministry now has 70 days to let us know whether or not it will undertake the requested review.

While we wait for the Ministry’s response to our application, we will continue to push the Canadian government to amend the Canadian Environmental Protection Act, 1999 (CEPA) as recommended by the House of Commons Standing Committee on Environment and Sustainable Development.  Needed amendments include binding national air quality standards, legal recognition of the human right to a healthy environment, and greater protections for vulnerable populations.

Given Canada’s failure to regulate emissions from oil refineries under CEPA, including emissions of NO2 and PM2.5, establishing legally binding standards to protect human health in Ontario could go a long way in protecting those living near such facilities in this province.

We believe that our federal, provincial and territorial governments all have a duty to ensure Canadians’ basic human right to a healthy environment is respected.  Having legally binding air quality standards in place for harmful pollutants is one important step toward making that goal a reality.