The importance of protecting thriving, healthy forests in the age of the climate emergency

Forests in Canada cover nearly 347 million hectares and make up nearly nine per cent of the world’s forests.

These important ecosystems provide habitat for more than 80 per cent of animals, plants and insects, and approximately 1.6 billion people depend on forests for their livelihood.

Forests are also among our greatest allies in the fight against the climate emergency.

Standing forests continue to sequester significant amounts of carbon in their wood, bark, foliage and soil. Old-growth forests in particular are able to help mitigate climate change by accumulating and storing large quantities of carbon over many centuries.  But their ability to act as a carbon sink falls by the wayside if these trees are cut down through activities like logging and clearcutting — easily turning a forest from a carbon sink to a carbon source. 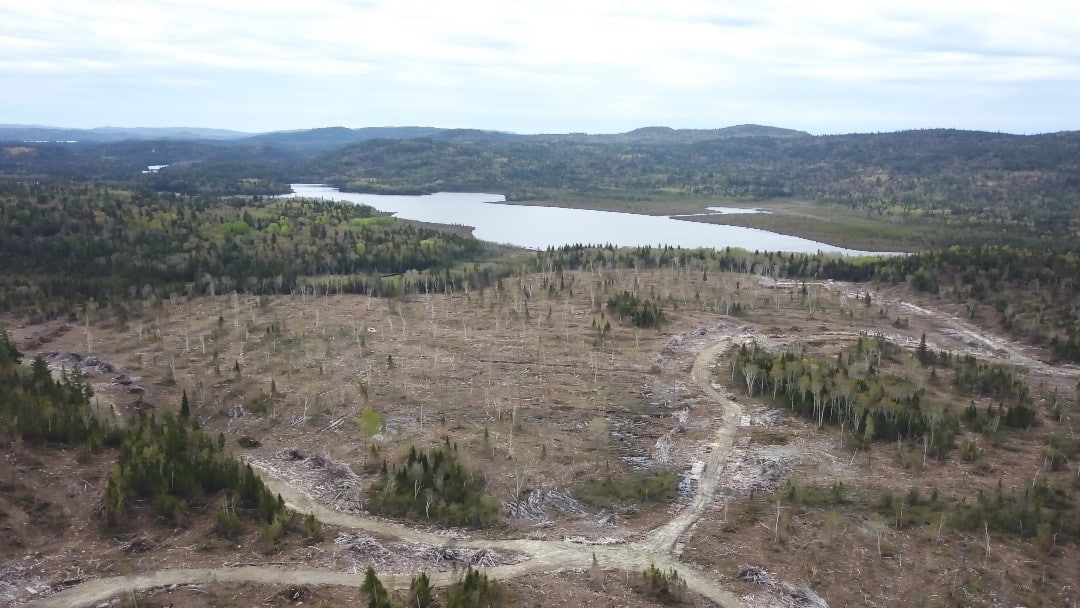 Photo of clearcutting in Temagami forest by PJ Justason

Each year, experts estimate that clearcutting across the Boreal forest releases more than 26 million metric tons of carbon dioxide into the atmosphere. Believe it or not, that’s more than the entire annual emissions of some countries!

These numbers are especially sobering in light of reports Canada’s climate is warming twice the rate of the rest of the world and scientific evidence indicating that forest protection is a key line of defence against the climate emergency.

That’s why earlier this month, Ecojustice lawyers helped Earthroots and Friends of Temagami filed a lawsuit against the Ford government to ensure climate change considerations are properly considered before Ontario authorizes logging in  Temagami – and across the province.

Temagami is a 500 year-old near-boreal forest, home to the largest concentration of old growth red and white pine ecosystems remaining in Canada. Aside from being an ecological treasure and the site of canoe and portage routes that have been used for thousands of years, Temagami’s forest ecosystem plays an important role in climate change mitigation. Our case will help ensure that that climate is properly considered before forestry is conducted in Temagami, and indeed anywhere else in Ontario’s vast forest landscape.

Given the deepening climate crisis and urgent calls from the scientific community for immediate climate action, we could not let the Ford government flout the law and undermine efforts to address the climate emergency.

In Ontario, forestry is exempt from environmental assessment, the process that would normally evaluate its climate implications. Instead, the Ministers of the Environment and Natural Resources are required to report on forest “carbon balances” – what each forest absorbs and emits – and to implement carbon accounting measures for forestry that reflect international best practices.  When these conditions are not met, the exemption no longer applies and the environment minister is required to kick-start the individual environmental assessment process.

The Ford government has not met the conditions climate impacts in forestry. In fact, it cancelled a program to implement gold-standard carbon accounting in Ontario. Still, the environment minister refused to order an environmental assessment for Temagami. We say that’s against the law.

So while there are measures in place in Ontario to protect one of nature’s last lines of defence in the all-out war against the climate emergency, those laws are only effective if they’re enforced — which, in this case, they aren’t.

Around the world, the climate crisis has accelerated the decimation of key forest ecosystems.

We’ve seen it as far away as Australia and in Temagami in the form of wildfires. In a hotter, drier climate, trees are more susceptible to a wide range of risks, including invasive species that are arriving and finding drastic changes in climate and drought-weakened trees more and more to their liking. And unless governments step up efforts to defend forests from the climate emergency now, these impacts will only worsen.

In the coming months, we’ll be heading into the courtroom to hold the Ford government to account for its responsibility to protect healthy, thriving forests in Ontario — for now and generations to come.

This case, like all Ecojustice-backed public interest litigation, is 100 per cent funded by individuals and organizations who share our vision of a thriving environment, safe climate, and healthy communities protected by effective, well-enforced laws. This means that we rely on the generosity of people like you to make this case — and all our work — possible.

If you care about protecting our forests, there are few things you can do to help:

1. Sign up to receive regular updates about this case — and the other work Ecojustice is doing to tackle the climate emergency, protect nature and fight for a healthy community for all.

2. Spread the word about Ecojustice and our work with your friends and family by sharing this blog post.

3. If you able to, we encourage you to consider giving a gift today and help us go to court to defend Temagami and forests ecosystems throughout Ontario.

Your gift will help us go to court to defend Temagami and forests ecosystems throughout Ontario.
Donate Now!