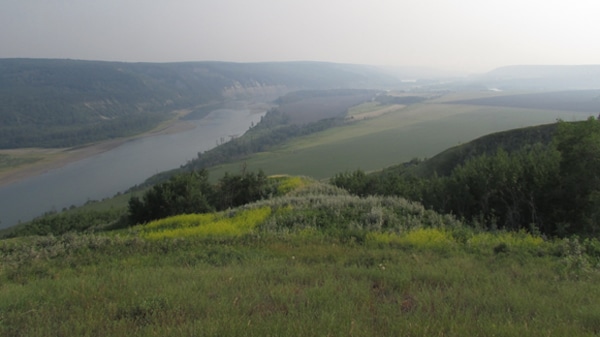 The reservoir of reasons to terminate BC Hydro’s Site C project is bursting at the seams.

A multitude of factors — concern over the project providing subsidized power to GHG-intensive industry, opposition from key stakeholders including First Nations and farmers who will be displaced by flooding in the Peace River Valley, unwieldy long-term costs to rate-payers, and recently a British Columbia Utilities Commission (BCUC) report that says it cannot determine whether the project can be completed on time and on budget — have split public opinion on the project.

Inexplicably, the proponents of the Site C project have demolished any number of roadblocks. That is until recently.

When the B.C. government changed hands to the NDP in summer 2017, the new government made good on its election promise to order an independent review of the project.  The BCUC has been tasked with assessing whether there is an economic case for the project.

We, along with many others, saw the review as a welcome and important development that could lay out the costs to rate-payers of continuing, suspending or terminating the Site C project.

And now, with the review in full swing — a BCUC Panel is currently touring B.C. asking for public input for its final report — we saw an opportunity we couldn’t pass up. We’ve worked with Sierra Club BC to make a submission to the BCUC on why the megaproject ought to be terminated.

Why should Site C be axed?

The BCUC’s review is a step in the right direction, but the condensed timeline in which it takes place leaves us more than a little concerned — the BCUC is expected to put out its final report to government on Nov. 1, just four months after the review was announced. The information included in the report will inform future decisions on the project. And after-all, how can you greenlight a project if it wasn’t fully reviewed and critical information gaps persist?

In our submissions, we highlight that government needs all the facts before it decides what’s in the best interest of British Columbians. This cannot take place if stakeholders have to voice their concerns against a ticking clock with limited publicly available data — not to mention being unable to challenge the process.

As it stands, there will be no opportunity to directly test evidence or ensure BC Hydro answers questions that would result in a more fulsome review. This includes getting answers about its failure to come up with a fair assessment of the excess cost risks the project poses to rate-payers, and deciding whether, at a nearly $9-billion price tag, the project is a bad bet for B.C.’s clean energy objectives.

The energy Site C would produce is likely to result in excess supply. This surplus would curtail innovation of alternative and lower impact renewable energy.

The mega-dam could be used to prop up other GHG-intensive industries like mining, oil and LNG by providing heavily subsidized hydroelectricity to help fossil fuel extraction and processing — activities that undermine efforts to protect the climate and our future.

Decisions on Canada’s energy future are top of mind for Canadians. B.C. cannot afford to make shortsighted decisions that disregard long-term consequences. This includes loss of arable land in the Peace River Valley, the flooding of 10,000 hectares of Treaty 8 land, and a missed opportunity to invest in wind, solar and geothermal energy.

The three aforementioned energy sources offer better long-term job creation at a third of the cost of Site C. Moving forward on Site C endangers B.C.’s prospects of properly investing in clean energy and may actually impede the clean energy job creation goals sets out in the Clean Energy Act.

First Nations in the Peace River Valley have lived there since time immemorial. The flooding for Site C would submerge cultural sites, and decimate land for farming, hunting and fishing use. It would also destroy Canada’s Wood Buffalo National Park, and drown B.C.’s most fertile agricultural land.

A chorus of voices are opposing this project, whose benefits to British Columbians, First Nations and the environment are dubious at best. In the United States, dams are slowly being decommissioned in the name of conservation for aquatic species and environmental rehabilitation.

Ecojustice echoes the calls for Site C, which defies the principles of UN Declaration on the Rights of Indigenous Peoples and endangers B.C. rate-payers, to be terminated. Groups like Amnesty International and the United Nations anti-racial discrimination committee have also called for an immediate halt to the megaproject.

There are hard lessons to be learned from past mega-dam projects. Destruction begins where construction starts, and its impacts are experienced for generations.

In 1971, Hydro Québec and the Québec government pushed ahead with the James Bay Project, a hydro development that diverted water from three rivers into La Grande Rivière. The project flooded 11,500 km2 of land used by James Bay Cree and Inuit. It displaced entire communities, led to mercury contamination in fish, and killed off an estimated 10,000 caribou.

As the BCUC hears submissions from concerned groups from far and wide in the coming weeks, we hope its review offers an opportunity for sober second thought and leads to a strong recommendation that the Site C project be terminated.