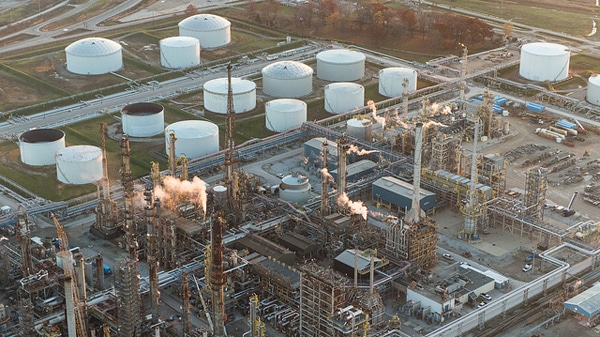 For more than a decade, Ecojustice has worked in Chemical Valley to fight for environmental justice in one of Canada’s most polluted communities.

On the heels of a massive Global News, Toronto Star and National Observer investigation that relied on documents obtained by Ecojustice, a number of high-profile decision-makers – including Ontario’s Environmental Commissioner, Aamjiwnaang First Nation Chief Joanne Rogers, and the leaders of Ontario’s Progressive Conservatives and NDP – are calling for action.  A chorus of voices is calling for a scientific study into health effects for people that work in and live near Sarnia’s Chemical Valley.

Today, the Minister of Environment and Climate Change committed to funding a health study on the effects of emissions on residents living near Sarnia’s Chemical Valley.

This long overdue commitment is cause for great celebration.  For more than ten years we have been working with community members concerned about the serious health risks posed by the millions of kilograms of air pollution emitted by Chemical Valley facilities each year.

We’ve gone to court, forced the Ministry to investigate spills and flaring incidents, and pushed for better regulations and stronger requirements to be included in permits issued to nearby facilities.  But there is still much work to do.

Aamjiwnaang First Nation on the frontlines of Chemical Valley pollution

Residents in Aamjiwnaang First Nation – a community surrounded on all sides by Chemical Valley facilities – report that they have suffered from a litany of health problems, including asthma, reproductive problems, skin rashes, chronic headaches, and rare cancers.

“I really believe it’s the area in which we live,” Chief Joanne Rogers told Global News. “What really is concerning to me is the number of our community members who we have lost because of cancer and respiratory illnesses.”

For years, community members in Aamjiwnaang and nearby communities have been denied answers about the distribution of health effects from living next to their industrial neighbours.  Despite years of effort by our client Ada Lockridge and others, the provincial and federal government would not commit to funding the report.

A number of residents, including Ada Lockridge and Ron Plain, are featured in Canada’s Toxic Secret, discussing the impact of air pollution in their lives. For our friend Ron Plain, living in Chemical Valley meant he was hardly surprised when his cancer diagnosis came down.

Here is a first person account, from our client Ada, about life in Chemical Valley:

As the story of Chemical Valley comes into the spotlight, Ontario’s politicians, including NDP Leader Andrea Horwath and PC Leader Patrick Brown, are asking why residents were not warned about dangerous benzene leaks. In a place where flaring incidents, chemical leaks and spills and respiratory irritation are a fact of life, Ontario must address the ongoing environmental harms that come with weak regulations, and poor enforcement in the Valley.

Following an application for review prepared by Ecojustice staff on behalf of Ron Plain and Ada Lockridge, the Minister committed in 2009 to reviewing the regulation of cumulative effects in communities like Aamjiwnaang which are close to multiple major industrial emitters. After more than eight years of delay in completing this review, Ada (represented by lawyers from Ecojustice) has resorted to taking the Minister to court over his foot-dragging.

Failure to consider cumulative effects is but one way in which Ontario’s environmental laws are failing Aamjiwnaang and other communities near Chemical Valley.  As reported by Global News,  26 per cent of all air samples taken exceed permitted daily benzene levels. Despite the health impacts of benzene, the Ministry has created a “technical standard” for benzene emissions from the petroleum refining and petrochemical industries, which are major polluters in Chemical Valley.

Instead of meeting the benzene air quality standard that was set over six years ago, these industries were given a further grace period to phase-in technologies to reduce benzene concentrations over the next eight years. However, the Ministry can’t guarantee these technologies will actually reduce benzene to safe levels.

Even if the technologies can reduce benzene levels, this may be a case of the fox guarding the henhouse, because there are serious questions about whether the Ministry has the capacity to properly inspect and enforce its standard.

Ontario Environmental Commissioner Dianne Saxe has publicly stated that what is happening in Chemical valley is “truly shameful.”

“It’s clear to me that this situation is outrageous and it needs immediate attention. First Nations communities disproportionately bear the burden of pollution across Ontario and that needs to change,” Saxe told Global News.

In Chemical Valley, documents we obtained through freedom of information requests demonstrate that there were over 500 separate recorded incidents between January 2014 and January 2016. On particularly bad days, residents are forced inside to protect themselves from the threat that pollution poses to their health.

In response to questions about air pollution in Sarnia, Minister Ballard stated that “every person in Ontario deserves to breathe clean air.”  We couldn’t agree more.  In fact, it should be a legal right.  Yet members of Aamjiwnaang and other communities throughout the province continue to be denied this basic human right. Thanks to supporters like you, Ecojustice has been able to fight for justice in Chemical Valley for almost a decade — and, we’ll keep up the fight to defend community health and the right to a healthy environment in the face of extreme pollution.

Environmental Racism: The first step is recognizing we have a problem