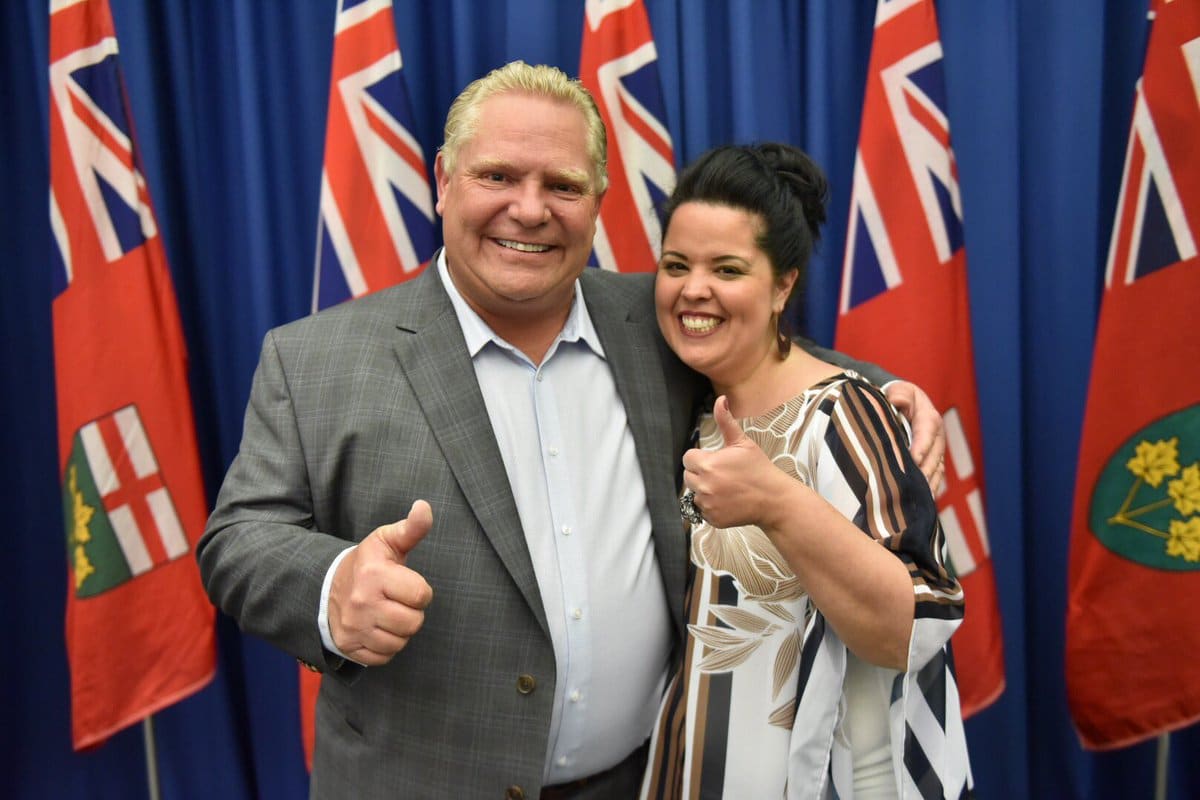 Premier Doug Ford with a supporter. Photo by Doug Ford via Flickr, CC BY SA 2.0.

“We are happy to see that the Ford government is now doing what the law requires when it comes to public consultation rights on Bill 4 – but it shouldn’t take a lawsuit to get them there. This government will save a lot of headaches and legal bills if it follows the law as a rule, rather than only when sued.

“And no one should forget that the Ford government still must answer in court for its violations of Ontarians’ rights under the Environmental Bill of Rights. We are confident the Court will make a ruling that vindicates these public rights.”

“It is important to stand up to bullies who believe themselves to be above the law. Climate denial and inaction have enormous cost for our economy and environment, which is why Ontario needs a climate plan that is consistent with the Paris climate agreement targets.  Greenpeace will be urging scientists, businesses, and member of the public to take advantage of this consultation process to ensure the Government of Ontario protects its citizens and prepares our communities for a green future.”

Yesterday, Ecojustice lawyers, in partnership with the uOttawa-Ecojustice Environmental Law Clinic, filed a lawsuit on behalf of Greenpeace Canada alleging that the Ford government unlawfully failed to provide for public consultation on a regulation that ended Ontario’s cap and trade program and on Bill 4, the Cap and Trade Cancellation Act, 2018. The case also asks the Court to quash the regulation.

Hours after the groups filed the lawsuit, the Ministry of Environment, Conservation and Parks posted a notice on the Environmental Registry of Ontario providing for a 30-day public consultation period for Bill 4, Cap and Trade Cancellation Act, 2018.