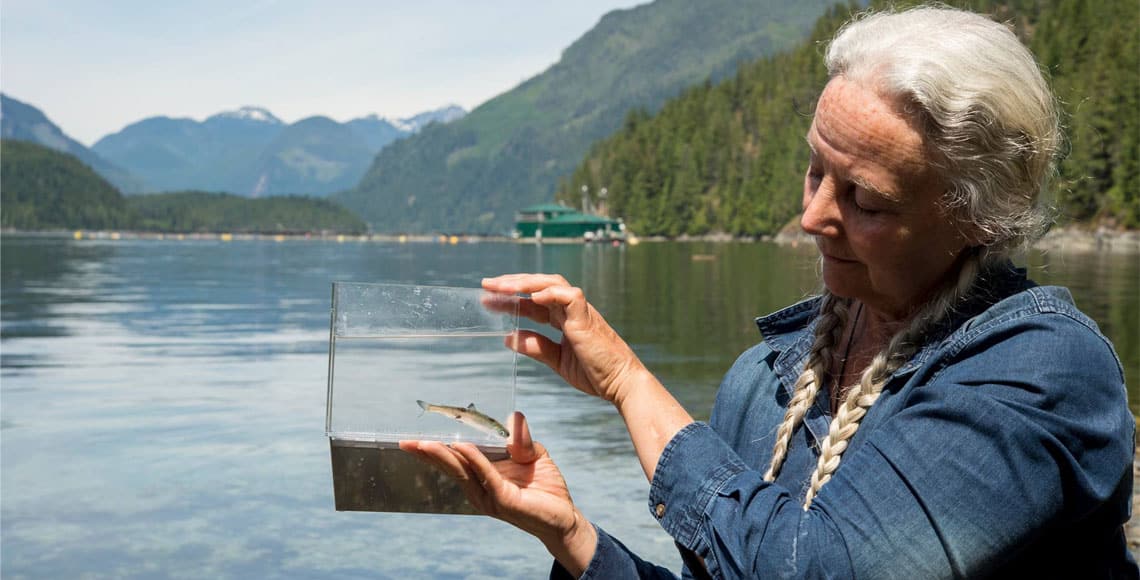 VANCOUVER — On behalf of their client, biologist Alexandra Morton, lawyers with Ecojustice Canada are suing the College of Veterinarians of British Columbia for refusing to investigate a complaint Ms. Morton made against a government aquaculture veterinarian. The lawsuit seeks to force the College to investigate the complaint.

In 2007, a government veterinarian gave misleading advice to the B.C. government regarding threats posed by a dangerous salmon virus called Infectious Salmon Anemia virus (“ISAV”). ISAV is an internationally reportable virus and a member of the influenza family that has killed millions of salmon and caused massive losses to aquaculture industries in Chile, eastern Canada, and Norway.

“ISA virus is the most lethal salmon virus known. It threatens our marine ecosystems and coastal communities and an outbreak could be catastrophic” explains Morton. “In situations like this, veterinarians must be held to the highest ethical and scientific standards.”

In 2013, Ms.  Morton asked the College of Veterinarians of British Columbia to investigate whether the veterinarian’s erroneous advice amounted to professional misconduct.

“The College’s reasons for failing to investigate our client’s complaint appear inadequate” says Ecojustice lawyer Morgan Blakley. “The College must take its duty to investigate complaints seriously; especially where complaints deal with veterinary advice on issues with such far-reaching implications.”