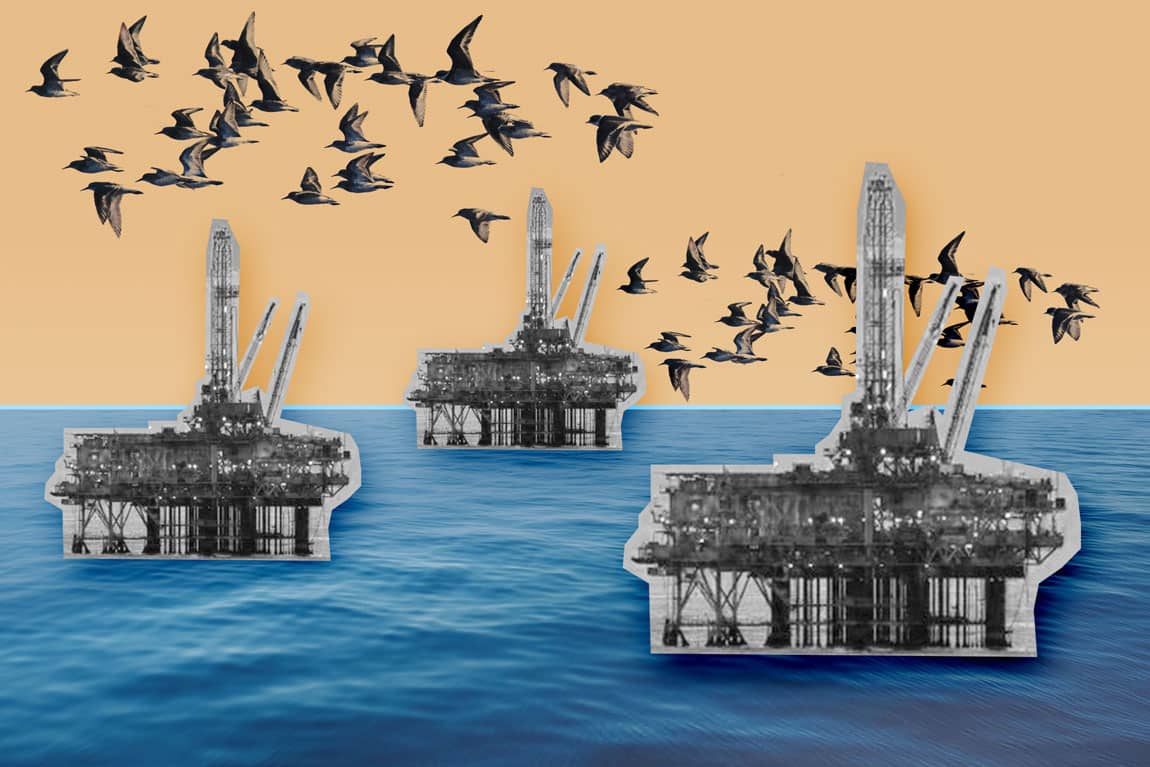 VANCOUVER/UNCEDED xʷməθkʷəy̓əm (MUSQUEAM), Sḵwx̱wú7mesh (SQUAMISH) AND səlilwətaɬ (TSLEIL-WAUTUTH) TERRITORIES –  Environmental groups have filed a lawsuit challenging the validity of 20 “sleeper” oil and gas permits they say the federal government has unlawfully kept on the books for more than 40 years.

These permits, held by multinational oil giants Chevron Canada Limited and Exxon Mobil for offshore oil and gas exploration in British Columbia, were first issued in the 1960s and 70s. Though they were to expire decades ago, Natural Resources Canada has indefinitely extended these permits, a move that is in direct conflict with the Canada Petroleum Resources Act.

The groups’ best efforts to cooperatively eliminate these conservation barriers have fallen on deaf ears, leaving them no choice but to turn to the court for relief.

Given Canada’s recent support for offshore oil and gas development on the East Coast including the approval of Equinor’s multi-billion Bay du Nord project, the groups say finally retiring these permits is of the utmost urgency.

There are around 50 other “sleeper” permits (also issued decades ago) still on the books, scattered across ecologically sensitive zones throughout the British Columbia coast. Similar permits remain active in the Arctic. These Arctic permits are currently under a legal moratorium that expires in December.

“The federal government has unlawfully kept these permits on life support for over 40 years despite the threat they pose that oil and gas exploration could be undertaken in two of the most biodiverse and sensitive ecosystems on the B.C. coast.

“Natural Resources Canada’s ongoing unlawful extension of the exploration permits directly conflicts with the Canada Petroleum Resources Act, which governs the permits. The federal government has committed to protecting 25 per cent of its marine and coastal areas by 2025 – working toward 30 per cent by 2030. Keeping these expired permits active is out of step with Canada’s climate commitments and biodiversity protection goals.”

“Oil and gas development is incompatible with the Scott Islands National Marine Wildlife Area and the Hecate Strait Marine Protected Area (MPA) conservation objectives. This development should not be permitted within MPAs at all.

“Scott Islands is one of the most important areas for seabirds in Canada. This area provides nesting, breeding and feeding grounds for albatross, puffins, murrelets and many others. The glass sponge reefs in the Hecate Strait MPA are unique to the Pacific coast and provide valuable habitat for a large number of species- including commercially important fish.

“Numerous government staff, First Nations and stakeholders have worked tirelessly over many years to protect these valuable areas. Extending oil and gas permits indefinitely in these areas puts conservation, community and economy in jeopardy.”

“The coast of British Columbia is a biological treasure and the existing and proposed protected areas are the key to ensuring the long-lasting survival of these riches for wildlife, Indigenous communities and others living in the region. These active permits threaten this protection. They mean that any short-term conservation successes we might achieve are at risk. Given our significant global commitments to conservation and climate change, it is time to retire these permits.”

Nineteen of the permits in question lie within the Scott Islands marine National Wildlife Area, which surrounds an archipelago of five unique islands off the northwest tip of Vancouver Island. This region supports the highest concentration of breeding seabirds on Canada’s Pacific Coast.

The Wildlife Area attracts between 5-10 million migratory birds each year and provides key nesting habitat to 40 per cent of B.C.’s seabirds, including many listed under Canada’s Species at Risk Act, such as the short-tailed albatross and the marbled murrelet.

The marine area around the Scott Islands is also recognized by Fisheries and Oceans Canada as an Ecologically and Biologically Significant Area, representing one of the most diverse marine ecosystems on Canada’s West Coast.

One permit lies within the Hecate Strait/Queen Charlotte Glass Sponge Reef Marine Protected Area, located between Haida Gwaii and the mainland of British Columbia. The reef is home to rare large colonies of glass sponges estimated to be 9,000 years old.

Glass sponge reefs, mostly unique to British Columbia, are an integral part of a healthy marine habitat. These reefs provide shelter for marine life including rockfish and shrimp, store carbon on the ocean floor, filter bacteria out of the water, and fertilize the ocean. These special ecosystems support thriving culture and livelihoods for coastal communities.

Challenging “sleeper” oil and gas permits off the B.C. coast