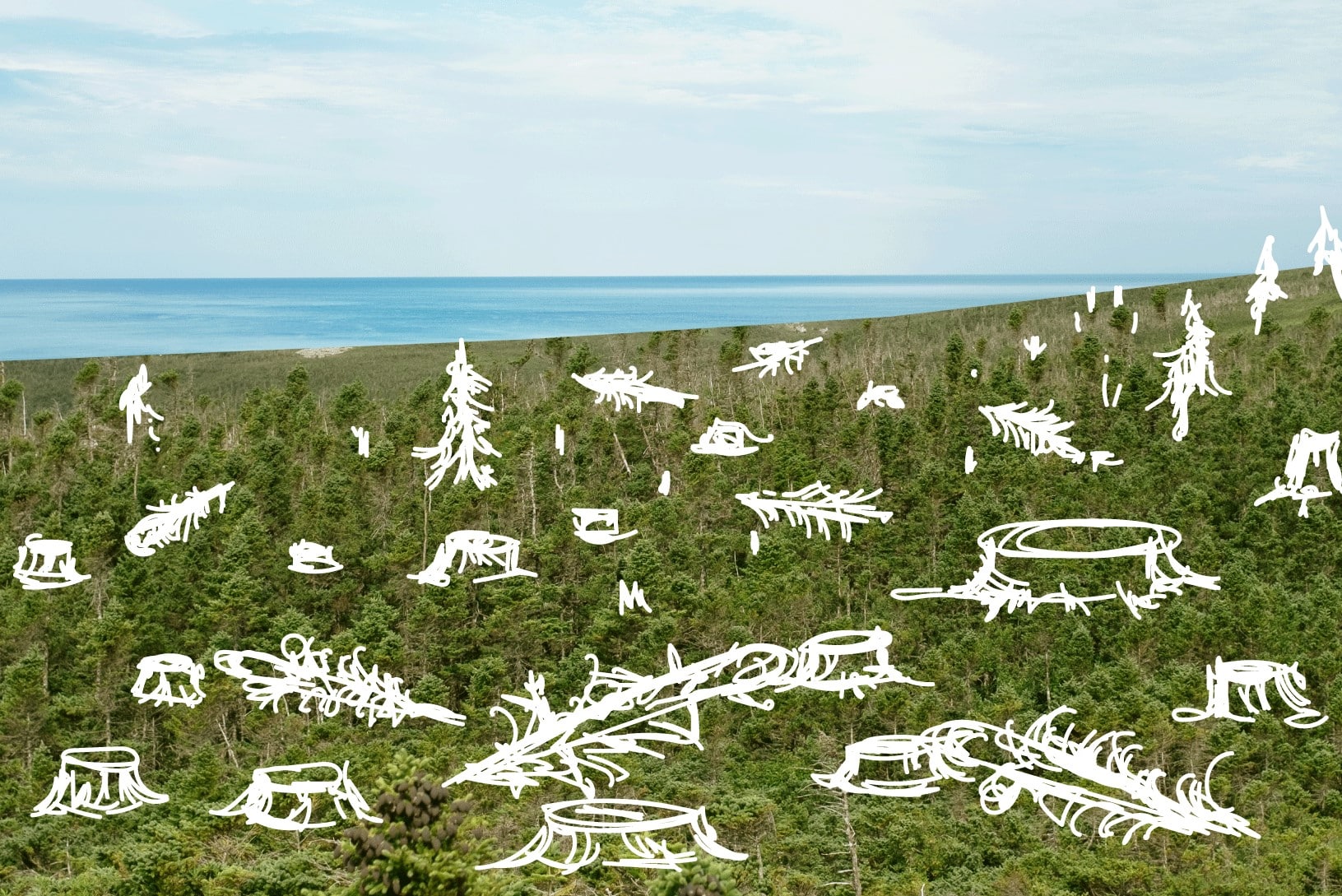 ST JOHN’S, N.L./TRADITIONAL TERRITORY OF THE BEOTHUK AND MI’KMAQ – Citizens Against Clearcutting (CAC), a grassroots community group, is taking the Government of Newfoundland to court over its plans to clearcut large swaths of Crown land in eastern Newfoundland, the latest chapter in their years-long fight to save their local forests. They say the province’s refusal to listen to widespread public concern about clearcutting leaves them no choice but to take legal action.

The Government of Newfoundland and Labrador plans to allow clearcutting in ecologically sensitive areas in and around the town of Port Blandford, including approximately 11 square kilometres in the Southwest River Valley, as part of its Five-Year Forestry Operating Plan for Crown Zone 2. In early 2022, the Minister of Environment and Climate Change released the Plan from environmental assessment under the province’s Environmental Protection Act.

Members of the public first raised concerns in response to the 2017 Forestry Plan for the same area. Despite years of sustained public opposition, the 2022 Forestry Plan is nearly identical to the 2017 Plan, and actually permits more cutting, extending into increasingly sensitive areas in the Southwest River Valley.

Among their concerns, CAC says clearcutting would negatively impact the economy by jeopardizing the thriving eco-tourism industry in the area, decrease residents’ quality of life, and hurt local ecosystems and wildlife.

After having their concerns about clearcutting and the lack of fulsome environmental assessment rebuffed by the province, the group says they’ve been left with no choice but to take legal action. Ecojustice is representing CAC in their lawsuit.

“It is unfortunate that it has come to this. However, the sustainability of this river valley is key to the survival, and the prosperity of this region. Not to mention the endangerment of an already vulnerable local ecosystem.

“CAC is grateful for the efforts of Ecojustice, and eager to move forward. As a group, we are passionately committed to this cause, as this is home, and we seek to garner as much support as possible.

“It’s mind blowing that we have to oppose the island’s government to ensure accountability to this small, but important patch of the planet.”

“The momentum built by Citizens Against Clearcutting on this issue shows what’s possible when members of the public come together to fight for issues important to their community and the environment. Ecojustice is happy to be supporting CAC in this next legal chapter of their fight.

“If successful, this case will strengthen and uphold the ability of the public to hold the provincial government accountable for properly assessing industrial projects that impact local communities and the environment.”

For several years, CAC and the Town of Port Blandford have engaged in extensive advocacy, awareness raising, and protest efforts to voice their concerns about the province’s plan to clearcut areas in and around Port Blandford. A significant amount of clearcutting is inside the Town’s municipal boundaries and in a designated watershed area established by the province. Among other things, their efforts have included well-attended public meetings, petitions tabled in the House of Assembly, numerous meetings with government officials, and extensive media and social media engagement.

The forests in question are foundational to the area’s major industry, eco-tourism. Deforestation would have devastating economic effects on local communities. The Town of Port Blandford has advocated for the province to continue to develop eco-tourism in the region as an alternative to clearcutting.

The province’s plan doesn’t include a buffer around every wetland, stream, or larger waterway in the region. Mass removal of trees drastically increases soil erosion by water runoff, muddying waterways and harming aquatic life. Clearcutting could also increase the likelihood of damage to homes and infrastructure from increased flooding, ice rifting, and wind. More clearcutting will also threaten water quality throughout the entire downstream watershed.

The province’s plan would destroy sensitive wildlife habitat in the Southwest River Valley that is home to many at-risk species such as caribou, lynx, pine martin, and osprey. The plan would also lead to the destruction of habitat along a salmon river. Atlantic salmon play an important role for those that live along the coasts of Newfoundland and are central to the cultures, diets, and economies of many Indigenous Peoples. But populations have seen a rapid decline in recent years, and most Atlantic salmon populations have been federally recognized as being at-risk. As this is along a salmon river where recreational fishing occurs, there could be further negative impacts to the local eco-tourism industry.

In early March 2022, CAC and the Town of Port Blandford, represented by Ecojustice, submitted an appeal to the Minister arguing he was legally required to order an environmental impact statement for the Plan due to significant public concern on the issue.

The Minister dismissed their appeal, saying he was not required to consider any expressions of public concern that were made outside the legislated environmental assessment process nor any concerns about clearcutting raised before the 2022 Plan was registered.

Supporting a community’s fight to stop clearcutting in eastern Newfoundland