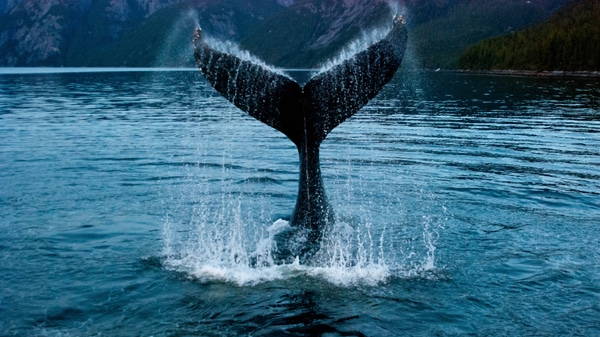 Over the years, you’ve heard us say time and again that environmental assessment (EA) law in Canada is broken and needs some big changes. When we heard the Expert Panel reviewing the law was seeking public input, we jumped at the opportunity.

Ecojustice has a long history of working with EA law in its various forms and know that it must shift its focus to long-term sustainable policies, plans and projects that promote the strongest possible contributions to lasting wellbeing for communities and the environment.

You’ve heard from several of my colleagues so far about their submissions. We’ve covered topics like addressing uncertainty about a project’s adverse effects and the need for better accountability and clarity in EAs.

Last week, I spoke to the Expert Panel in Calgary about decision making in the EA process.

What is the issue?

The Expert Panel has asked, “What does fair, transparent and trustworthy decision making look like?”

Our short answer is that it doesn’t look anything like what has transpired since 2012 under the new Canadian Environmental Assessment Act, 2012 (CEAA 2012).

What needs to change?

CEAA 2012, and its predecessor established in 1992, require that EA reports consider certain issues, including:

But what happens if an environmental assessment fails to meet these mandatory requirements?

For more than 20 years, if the environmental assessment report failed to meet these requirements, interested parties have been able to bring this question before a court — and we’ve done this on more than one occasion.

However, earlier this year, the Federal Court of Appeal, in considering the Government’s Northern Gateway pipeline approval, stated that under the new CEAA 2012 and the amended National Energy Board Act, the federal Cabinet has sole responsibility to decide whether an EA report met the legal requirements.

The Federal Court of Appeal decision turned an important legal question that belongs in the courts, into a political question to be determined by the federal Cabinet. We think this is wrong — and have applied to the Supreme Court of Canada to appeal the Court’s unfortunate, precedent setting ruling.

To address the troubling Northern Gateway decision, we asked the Expert Panel to consider recommending an explicit provision that would allow a court review of an EA report when it is not prepared in accordance with the law.

The decision makers in the EA process should not be permitted to base their decision on a flawed report. It puts too much at risk.

Decision making requires transparent reasons for the trade-offs that are made.

CEAA 2012 took decision making powers from the agency conducting environmental assessment, and gave them to the federal Cabinet. There is nothing inherently wrong in that move. We elect our politicians to make tough decisions and that includes balancing environmental, social and economic interests.

However, that change erased all transparency from the decision-making process – especially concerning in matters of whether significant adverse environmental effects of a project are justified. The federal Cabinet routinely invokes Cabinet confidence over any and all documents that may have been in front of Cabinet when considering its decision.

In the Northern Gateway EA process, Cabinet claimed confidence over all documents before it. Therefore we don’t know if the Cabinet received a copy of the joint review panel report, a summary of that report, a Cabinet briefing note, a report on the results of Aboriginal consultation, or had any other documents before them when approving the project. The decision may as well have been made in a vacuum, particularly when you consider that the former Minister of Natural Resources declared the project was in the public interest before the joint review panel hearings started. That sort of process is neither fair, nor transparent, nor trustworthy.

Unfortunately, the orders issued by the federal Cabinet in response to the environmental assessment report provide no further enlightenment as to whether Cabinet has the right documents, the issues that were considered, or the trade-offs that were made in deciding whether the significant adverse effects were justified.

If you look at the Cabinet decisions on the Northern Gateway project or the Pacific Northwest LNG project, all you see is a list of “whereas” clauses followed by the conclusion that the significant adverse environmental effects are justified in the circumstances.

There is no identification of the significant adverse environmental effects that were considered, no weighing of those effects against other factors, and no articulation of the trade-offs or balancing that led to the conclusion. Just a conclusion that the adverse effects are justified in the circumstances.

The Supreme Court of Canada has said that “whereas” clauses followed by conclusions are not reasons. Yet that is exactly what we get from Cabinet under CEAA 2012 – the very antithesis of transparency and trustworthiness.  This is a black box leaving the public in the dark about what factors and trade-offs were considered.

What we want to see happen

We have asked the Expert Panel to consider recommending that:

These recommendations are the only way political decision makers can be held accountable during the environmental assessment process.

Next up: Ecojustice lawyer, Kaitlyn Mitchell. Our next blog will discuss the need for better screening measures and broader scoping of assessments, and stress why we need to start incorporating environmental justice principles in the EA process.

The independent panel appointed to review Canada’s environmental assessment processes wants to hear from you. Please submit your comments online and tell the federal government what you think matters most in strengthening environmental assessments – such as meaningful public participation, a climate test and nation-to-nation dialogue with Indigenous peoples.

Have your say now to ensure stronger environmental decision-making in Canada!

PART 2 Environmental assessment review: The importance of clarity and how to address uncertainty