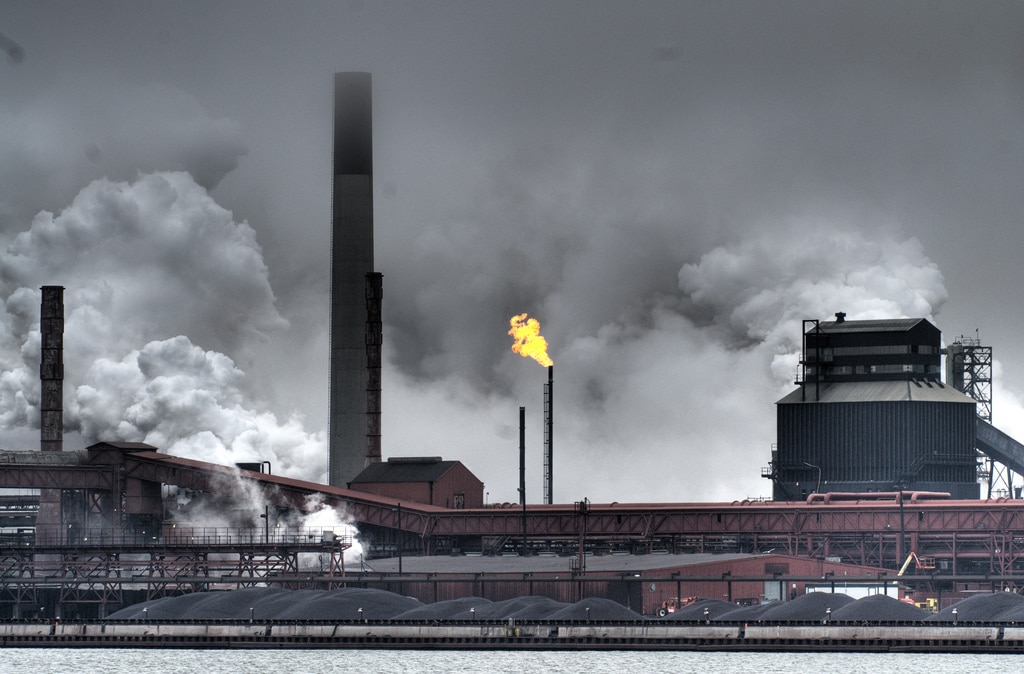 Clear, strong, legally-binding air quality standards are necessary to protect Ontarians’ right to a healthy environment. Ontario’s air quality standards — which allow the release of unsafe levels of pollution that threaten the health of Ontarians, especially those living in pollution hotspots — undermine Ontarians’ right to life, liberty and security of the person, as guaranteed by the Canadian Charter of Rights and Freedoms.

Air quality standards to protect human health would have helped Ontarians everywhere, as well as two of our clients.

In May 2018, the Ecojustice team helped our clients — Ada Lockridge of the Aamjiwnaang First Nation and Lynda Lukasik, executive director of Environment Hamilton — exercise their legal rights under Ontario’s Environmental Bill of Rights (EBR) by filing an application for review.

Ada and Lynda urged the province to strengthen Ontario’s air quality standards by adopting up-to-date air quality limits for two common pollutants: nitrogen dioxide (NO2) and fine particulate matter (PM2.5). Right now, Ontario’s NO2 limit is outdated, and there is no limit for PM2.5.

The science is clear: Exposure to NO2 and PM2.5 is harmful to human health, especially in vulnerable individuals like children, elderly, and people with respiratory illnesses like asthma. That is why Health Canada set a new federal air quality guideline for NO2 following its 2018 NO2 Human Health Risk Assessment.

The World Health Organization also recommends limiting PM2.5 emissions to levels much lower than Ontario’s non-enforceable standard for PM2.5.  It is deeply concerning that even though the science says there is no safe level for human exposure to the pollutant.

In spite of clear scientific evidence that demonstrates the necessity of stronger air quality standards to protect human health, Ontario decided in November 2018 not to update its NO2, it also decided not to create a PM2.5 standard for PM2.5. As a result, Ontario’s air standards remain out of step with scientifically-based air standards endorsed by Health Canada and the World Health Organization.

In their application, Ada and Lynda urged the government to update its air quality standards as soon as possible to ensure that every person living in Ontario has access to safe, breathable air.

Ada lives in Sarnia and Lynda lives in Hamilton. Both cities experience elevated levels of air pollution from nearby industrial activity. Sarnia is home to several oil refineries, petrochemical plants, and energy facilities while Hamilton is the home of Ontario’s steel manufacturing industry.

The Ministry’s decision not to undertake the review is extremely disappointing to me. The air monitors located on the Aamjiwnaang First Nation reserve has shown high readings of air pollutants year after year, and that has not changed. The government’s refusal to undertake the review is yet another failure to protect me and other residents of the Aamjiwnaang First Nation from the harmful effects of air pollution. Nothing else should be added to my airspace until the government has found a way to protect us from the harmful effects of air pollution.

I am incredibly disappointed in the government’s decision regarding our application. I am deeply fearful that this is a preview of how the Ford Government will be treating Ontarians into the future as we attempt to exercise our environmental rights. We had good reasons to make the request that we made.  Hamilton has some of the highest levels of PM2.5 out of any urban center – and that’s based on monitoring results from the provincial air quality monitoring station downtown – a significant distance away from industry. Closer to our heavy industrial core, pollution levels only get higher. I fear for the future in hotspot air sheds like Hamilton and Sarnia.

Ecojustice is also disappointed with how the Ministry of the Environment, Conservation and Park handled this application for review. After waiting almost five months for a response, our clients were let down by the lack of a meaningful response from the Ministry. Its reply did not to address the issues raised in our clients’ application; nor was there any indication from the government that it has other plans lined up to improve Ontario’s air quality.

In the Made-in-Ontario Environment Plan, the Ford government commits to “protecting our air, ensuring we have strong environmental standards that are protective of human health and the environment”. Yet nothing in that plan, or the Ministry’s response to our clients’ application, indicates the government is truly committed to this aim.

We call on Ontario to live up to its commitment in its Plan and that means taking concrete steps to protect air quality by introducing evidence-based standards that are protective of human health. In the meantime, we continue to work on other initiatives to protect the right of all Ontarians, particularly vulnerable populations and those living in areas close to industrial facilities, to clean air.

A healthy environment should be a basic human right