On its fifth anniversary, Alberta Energy Regulator has made little progress 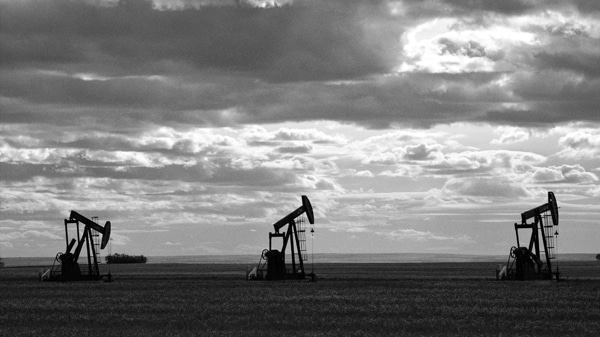 The Alberta Energy Regulator (AER) was formed in June 2013 to much fanfare. Rest assured, it promised Albertans, the AER would be a “best-in-class regulator” that would ensure oil producers follow the rules or face “strong consequences.”

At last, it vowed, the fox would no longer guard the hen house.

Unfortunately, as many Albertans already know, the AER has failed to live up to these ambitious promises and shown time and time again that, despite its bluster, it is just another a toothless regulator.

As a public interest lawyer, I’ve see first-hand how the AER’s failures affect real people, like two of my clients who operate a cattle ranch near Pincher Creek.

Their family has been forced to live with a now-abandoned sour gas well — potentially contaminated with toxic drilling waste, salts, metals, and hydrocarbons — on their property for generations. In September 2015, the AER ordered the licensee of the wellsite to complete a detailed environmental study by the end of November 2015 — a deadline it ignored.

Even after the AER set a second deadline and granted the company a time extension, it has yet to complete the study. The AER has no plan on how to make the company comply.

Most competent regulators escalate enforcement when an operator does not follow its orders. But in the case of the AER, its penalty for not obeying an order is another order to “try again.”

This case is only one example of the AER’s failed enforcement.

In July 2014, the AER announced that approximately 37,000 of 80,000 inactive wells were not in compliance with legal requirements. While the number has since been reduced to 13,000, it should give us pause that a self-proclaimed world-class regulator would count only five of every six wells in compliance a success.

Meanwhile, inactive wells — even those in compliance — remain a problem. There are still more than 80,000 inactive wellsites in Alberta, roughly the same number as when the AER was formed.

The AER’s systemic inability to hold polluters accountable does not just affect property owners directly impacted by oil and gas operations. It creates a burden every taxpayer in Alberta will be forced to shoulder.

We’ve seen a surge in situations in which AER warnings and orders have had no effect and the end result is to transfer hundreds of wells over to the Orphan Well Association. This leaves financial responsibility for these sites to be borne by other industry members, the Alberta public, and Canadian taxpayers. In the last two years, taxpayers have had to prop up the Orphan Well Fund with a $235-million loan from the Alberta government and a $30-million grant from the federal government.

In these situations, the AER had numerous enforcement tools at its disposal, but simply refused to use them. To add insult to injury, the AER has repeatedly snubbed calls to adopt a policy of collecting full financial security for the remediation of oil and gas sites upfront to prevent this problem from reoccurring.

Enforcement is not its only troubling practice. The organization has a history of backing down from its own rules.

Take for example its new eligibility requirements for licensees, which by the AER’s own admission it ignored in allowing well transfers to companies that would soon be insolvent. Also, in the last year, the AER has approved oilsands tailings management plans for four of the province’s biggest oil companies — even though the AER says that they do not meet regulatory requirements.

Three years ago, Premier Rachel Notley echoed the concerns of many Albertans over the AER’s conflicting mandate and suggested that it be split in two. Notley’s assessment of the AER’s ability to protect the environment was blunt: “You can’t do that job when your overarching mandate is to promote energy development.”

Given its track record over the last five years, those words ring particularly true.

If the AER will not enforce the law, perhaps it is time to fire the fox and put someone new in charge of protecting the henhouse.

This piece was originally published by the Edmonton Journal on June 14, 2018.

How do we solve a problem like the Alberta Energy Regulator?