Much to celebrate in committee report on Canadian Environmental Protection Act 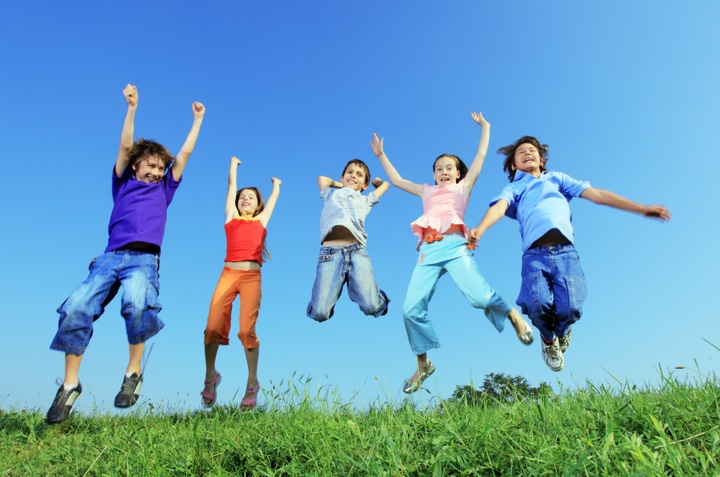 CEPA sets out the framework Canada uses to determine which substances are toxic and need to be regulated to protect the environment and human health. It also guides decision-making about whether a new substance or genetically modified animal is safe enough to be used or manufactured in this country. For many Canadians who live near major industrial facilities, CEPA is the only reason they know what contaminants their industrial neighbours are emitting into their community’s air and water.

For all its strengths, portions of CEPA are also extremely outdated. The Act is supposed to be subject to review every five years, but since it was revised in 1999, no reviews have been completed and no substantial changes have been made. That’s why Ecojustice and other environmental and public health groups are celebrating a report tabled today in Parliament by the House of Commons Standing Committee on Environment and Sustainable Development.

The Standing Committee launched a review of CEPA in the spring of 2016.  For the last year, Ecojustice has been actively involved in the review by providing extensive oral and written submissions and making key recommendations to strengthen CEPA and improve its effectiveness. We’ve spent the last year meeting with decision-makers and MPs to explain our recommendations.

We are pleased to report that Ecojustice’s efforts have had a big impact.

There is a lot to like about the committee’s report, but one development we’re especially pleased about is the Standing Committee’s adoption of our recommendation that CEPA recognize and protect the right of every person in Canada to a healthy environment.

More than 110 countries recognize their citizens’ legal right to a healthy environment. Canada does not. And until Canada enshrines this right in our Charter of Rights and Freedoms or introduces standalone legislation that recognizes that we all have a right to a healthy environment and a right to have a say in decisions that affect the health of our communities, it is crucial for the environmental laws we already have to fill this gap — to the extent that they can. This way, decisions made under those laws will reflect and protect this fundamental human right.

In the last 50 years, the right to a healthy environment has gained recognition around the world faster than any other human right. Entrenching this right in CEPA would be a landmark step toward bringing Canadian environmental laws in line with the global environmental rights movement.  It would also mean that, at least in the context of decisions made under CEPA, the federal government would have a mandatory duty to ensure its actions protect Canadians and do not put their lives or health at risk.

This is particularly important given socially and biologically-vulnerable populations bear the brunt of environmental harm.  Children, pregnant women, the elderly, low-income populations, and other historically-disadvantaged groups, such as Indigenous communities, are disproportionately impacted by Canada’s lax rules on toxic substances and pollution.  For instance, one of the reasons Canada ranks 25th on children’s well-being amongst rich countries is our failure to make improvements to air quality — a failure which impacts children in particular because they breathe in more air per unit of body weight than adults.

Getting toxic pollution out of our air, water, and bodies

The committee report recommends the long-overdue introduction of national drinking water and air quality standards; stronger enforcement provisions to ensure polluters are held to account; improved transparency, public reporting and consultation requirements; and faster timelines to ensure regulatory action is taken swiftly once a toxic threat is identified. Binding drinking water and air quality standards could make a real difference for communities across the country, including Harrietsfield N.S. and Aamjiwnaang First Nation where we have been working for years to empower residents to protect their communities’ health.

From phthalates used in cosmetics, flame retardants used in furniture, and bisphenol A used in food can linings, products we bring into our home and apply to our body each day contain chemical compounds that put our health at risk.  Although alternative products may be available, not everyone can afford to buy their way out of this toxic burden.

That’s why we urged the committee to call for a more equitable approach to toxics regulation, and are pleased to see it recommend that CEPA incorporate greater consideration and protections for vulnerable communities, and provide more protection from substances that interfere with our hormonal systems, also known as endocrine disruptors.

The committee’s report contains a number of other very positive developments that mirror the suggestions and recommendations we shared in our briefing notes, meetings, and submissions to the committee over the last year. These include:

No proof, no useIn its current form, CEPA places the burden on government to prove substances already in use are causing harm before restrictions are put into place.  The committee recommends a reverse-onus system, similar to that in European countries, whereby industry must be able to prove a substance of very high concern, such as a carcinogen, is safe before it will be approved for sale and use in Canada.

Cumulative impact assessments
When it comes to assessing harmful substances, the committee has agreed that it’s important to think not just about how exposure to a single substance might impact human health and the environment, but also about the cumulative impact of exposure to many substances. In the course of a single day, we come into contact with hundreds of potentially harmful substances in the air we breathe, water we drink, food we eat, and products we use — a reality CEPA should reflect.

Out with the old, in with the new
The committee also agreed with us that CEPA should require the assessment and mandatory substitution of safer alternatives to harmful chemical substances. This means that when a harmful substance is restricted a safer one takes its place, and we avoid situations in which one unsafe substance is simply replaced with another unsafe substance.

Transparent decision-making
In 2013, Ecojustice lawyers went to court to argue that then-Ministers Ambrose and Agluukaq violated CEPA when they laid the groundwork for widespread production of genetically modified salmon in Canada without any public input and in the absence of key information about the organism’s toxicity and invasiveness.

One of the biggest hurdles we encountered while working on this case was the opaque and outdated wording of Part 6 of CEPA, which establishes the framework for assessing risks posed by new genetically modified organisms. We’re pleased to see the committee’s report build on many of the lessons learned through the application of Part 6 in that particular instance.  If the government adopts the committee’s recommendations, it will go a long way toward making future decision-making more transparent while also ensuring risks to human health, the environment, and native species are clearly understood and evaluated before new substances and genetically modified organisms are introduced into the Canadian environment.

This report will now be considered by the Minister of the Environment and Climate Change Catherine McKenna, and eventually Cabinet.  In the meantime, we’ll be working with our allies inside and outside government to build the broad support needed to turn these recommendations into law.  We hope to see a bill tabled in the fall, with debate and voting to follow.

We have before us a once-in-a-generation opportunity to dramatically improve our most important environmental law. Let’s make it happen.