More leaky pipelines are not the answer 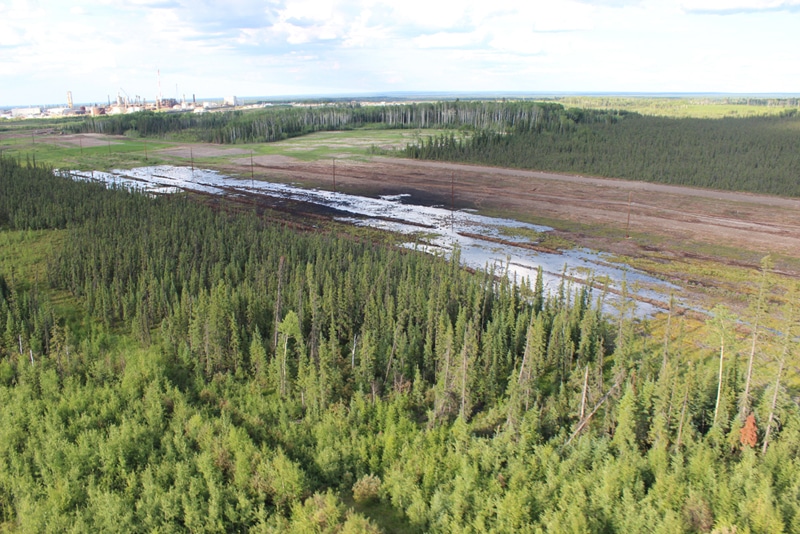 It is a truth universally acknowledged, that pipelines — whether old, new or somewhere in between — are likely to rupture and spill oil into their surrounding environment, exposing ecosystem and human health to unacceptable risks.

Or so it seems, if recent headlines are any indication.

Nexen Energy is the latest in a long line of pipeline operators to report a spill in Alberta. More than five million litres of emulsion — a mixture of bitumen, sand and water— have leaked at the company’s Long Lake oilsands facility outside of Fort McMurray.  Covering an area of about 16,000 square metres, the spill is one of the biggest in Canadian history.

And yet, despite a growing number of pipeline incidents and mounting international and domestic pressure to act on climate change, Canada’s premiers have inexplicably signed off on a national energy strategy that includes plans to fast-track pipelines to move fossil fuels to overseas markets.  They seemed to have missed the message that expanding a leaky and unreliable pipeline network does not just put people and the environment at immediate risk, but also takes us in the wrong direction on climate change.

Nexen’s ruptured pipeline is fairly new and started operations just last year, which makes this accident particularly troubling.  Even with double-layered construction and a “fail-safe” leak detection system, the spill was not detected until a contractor walking along the pipeline’s route saw the breach. Unfortunately, despite technological advances, pipeline monitoring systems still consistently fail: According to an Inside Climate News investigation, the public reported 22 per cent of spills whereas oil industry workers reported another 62 per cent.  All told, people — not systems — are detecting spills when they happen.

A week after the spill was first reported, Nexen still does not know what caused the pipeline to rupture or when it might have started to leak.  The pipeline may have been leaking for hours or even days before a problem was finally detected.  Clearly, when it comes to pipelines, new does not necessarily mean better — or even safer.

The Nexen incident, like the 2012 Plains Midstream Rangeland spill (and others) before it, reinforces our concerns about proposed pipeline projects, such as Enbridge’s Northern Gateway project (new pipe), Kinder Morgan’s Trans Mountain expansion (twinning an existing pipeline), or TransCanada’s Energy East pipeline (transforming and expanding existing infrastructure).  Promises to the contrary aside, even new, state of the art technology cannot guarantee that pipelines won’t leak.

These leaks come at a high cost. Past history tells us that pipeline spills can cause irreparable harm to ecosystems and threaten human health.  Local First Nations communities have expressed concerns about the Nexen spill’s impacts on the nearby muskeg, a swampy ecosystem that is a source of traditional medicines, berries and wild game.

We also know that cleaning up spills, especially those involving bitumen — the tar-like substance extracted from the ground in the oilsands — is no easy feat.   In 2010, an Enbridge pipeline burst in Michigan, spilling more than three million litres of diluted bitumen into the Kalamazoo River. It took several years and more than $1 billion USD to clean up that mess, the worst in-land spill in U.S. history.

These are just some of the reasons why the team here at Ecojustice is committed to stand up against pipeline projects that put people and the environment at risk.

In September we will appear before the National Energy Board, on behalf of our clients Raincoast Conservation Foundation and Living Ocean Society, to make final arguments in the Kinder Morgan project review.  And after more than a year of procedural motions, we will finally be going to court to challenge the Northern Gateway pipeline in October.

It will be a busy autumn. Stay tuned.

Canada’s not ready for a major oil spill