The latest in our efforts to protect the Gulf of St. Lawrence 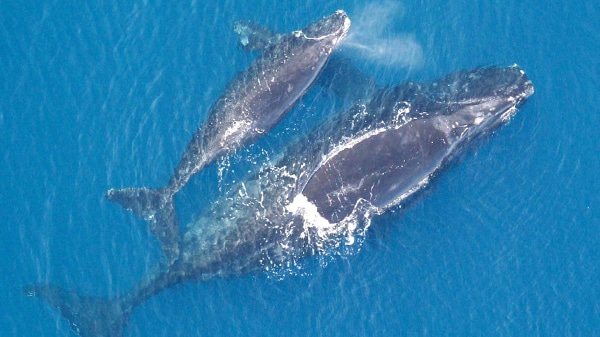 We’re in court this week. Here’s what you need to know.

As you may recall, Ecojustice lawyers launched a lawsuit in May over an unlawful oil and gas licence in the Gulf of St. Lawrence — home to more than 4,000 species including blue whale, salmon and cod. And as it turns out, that did not sit well with our opponents, the Canada-Newfoundland and Labrador Offshore Petroleum Board (C-NLOPB) and Corridor Resources, who are trying to have the case dismissed before it goes to Court.

That’s why we are headed to Newfoundland, where we will be working to ensure that our clients and Indigenous allies get their day in court.  Over the next few days, we will make the case that our clients’ long-standing interest in this particular licence, as well as their extensive efforts to protect the Gulf of St. Lawrence from exploratory oil drilling more generally, make them well-placed to bring these issues before the Court. Here’s what you should know.

What’s special about the Gulf of St. Lawrence?

The licence our clients are challenging covers the Old Harry prospect, a deep-sea geological structure in the middle of the Gulf, 80 kilometers from the Magdalen Islands. The Gulf supports a wealth of marine life — more than 4,000 species call it home, including species at risk like blue and beluga whales and the leatherback sea turtle. Innu, Maliseet and Mi’gmaq peoples have claimed title to or rights in the waters of the Gulf of St Lawrence. The Old Harry  prospect itself lies on the Laurentian Channel, a migratory path for whales, salmon and cod. The Gulf is a food source for Indigenous groups and a renewable economic engine for flourishing tourism and fisheries industries, worth $2-billion.

The Gulf provides so many benefits that one could barely read them aloud without pausing for air!

The case
Our clients —  Sierra Club Canada Foundation, Attention FragÎles, Nature Québec, David Suzuki Foundation and SNAP-Québec — and Indigenous groups have long called for a moratorium on drilling in the Gulf of St. Lawrence. At the same time, they have participated in oil and gas licensing and environmental assessment processes to make sure that regulators consider all the relevant information before making any decisions about drilling. They also want to make sure that any decisions about oil and gas licensing or drilling are made in accordance with the law.

But more than a year ago, the Canada-Newfoundland and Labrador Offshore Petroleum Board (Board) extended an exploration licence held by oil and gas exploration company Corridor Resources, which gives Corridor the exclusive right to drill on the Old Harry prospect to determine its extractive potential.

That licence, which was initially issued in 2008, was supposed to expire in January 2017, as mandated by a clear legal rule that places a nine-year limit on exploration licences. Despite this clear legal constraint and the importance the Old Harry region plays for surrounding communities and species, the Board reissued a new and identical licence to Corridor, citing regulatory delays. Our clients believe that extension breaks the legally-mandated nine year term limit.

In response, we filed a legal challenge on behalf of our clients to ensure that oil exploration licence limits are enforced by government, and to protect the Gulf from the risks of offshore drilling. And in more recent months, the Innu-Maliseet-Mi’gmaq Alliance for the Protection of the Gulf of St. Lawrence have applied for intervenor status in the case. This alliance of Indigenous groups has demanded that federal leaders protect the Gulf of St. Lawrence.

The Board and Corridor Resources argue that our clients do not have a direct, legal interest in the matter and should not be allowed to challenge the Board’s decision.

Similarly, they are attempting to block the Indigenous alliance’s motion to intervene — even though one of the Board’s reasons for granting the extension in the first place was to allow for the company to fulfill its duty to consult Indigenous peoples.

And that brings us to where we are today.

What’s at stake?
Offshore exploratory drilling can pose extremely high risks to the environment. The largest marine oil disaster on record, the Deepwater Horizon disaster, poured an estimated 3.19 million barrels of oil into the Gulf of Mexico for 87 days. That was an exploratory drilling project.

At various points throughout the year, the Gulf of St. Lawrence has more than 80 per cent ice cover.  These conditions make cleaning up a spill extremely difficult, if not impossible. The impacts of potential spill effect in the region would be distressing, ruinous and costly for its inhabitants.

As we’ll tell the court this week, our clients are highly interested parties with a long history of work protecting the Gulf of St. Lawrence from the risks of exploratory drilling. They have a lengthy track record of engaging with the Board on the very licence at issue and have raised questions about its validity in the past.

And we will be standing in solidarity with Indigenous groups that have great stakes in the Gulf and want to protect it from the kind of devastation we have witnessed elsewhere.

Everyone, especially residents that stand to lose the most from an accident or spill, deserves to know how long the threat of oil exploration will hang over their heads. By extending the licences, the Board is undermining the law that citizens can rely upon to understand the length of that threat. Extending the threat posed by this particular licence puts a precious ecosystem and the communities that depend on it at risk. At the end of the day, there is only one Gulf of St. Lawrence — there is no Gulf of St. Lawrence B.

Over the next few days, we’ll remind the court of the important public interest behind this lawsuit. Along with Indigenous allies and friends, we’ll push for this case to have the hearing it deserves.

P.S. Did you know? Ecojustice represents Sierra Club Canada Foundation, Attention FragÎles, Nature Québec, David Suzuki Foundation, SNAP-Québec, and every one of our clients free of charge. When you support Ecojustice, you aren’t just supporting a single organization, you’re helping strengthen an entire movement. Thank you!