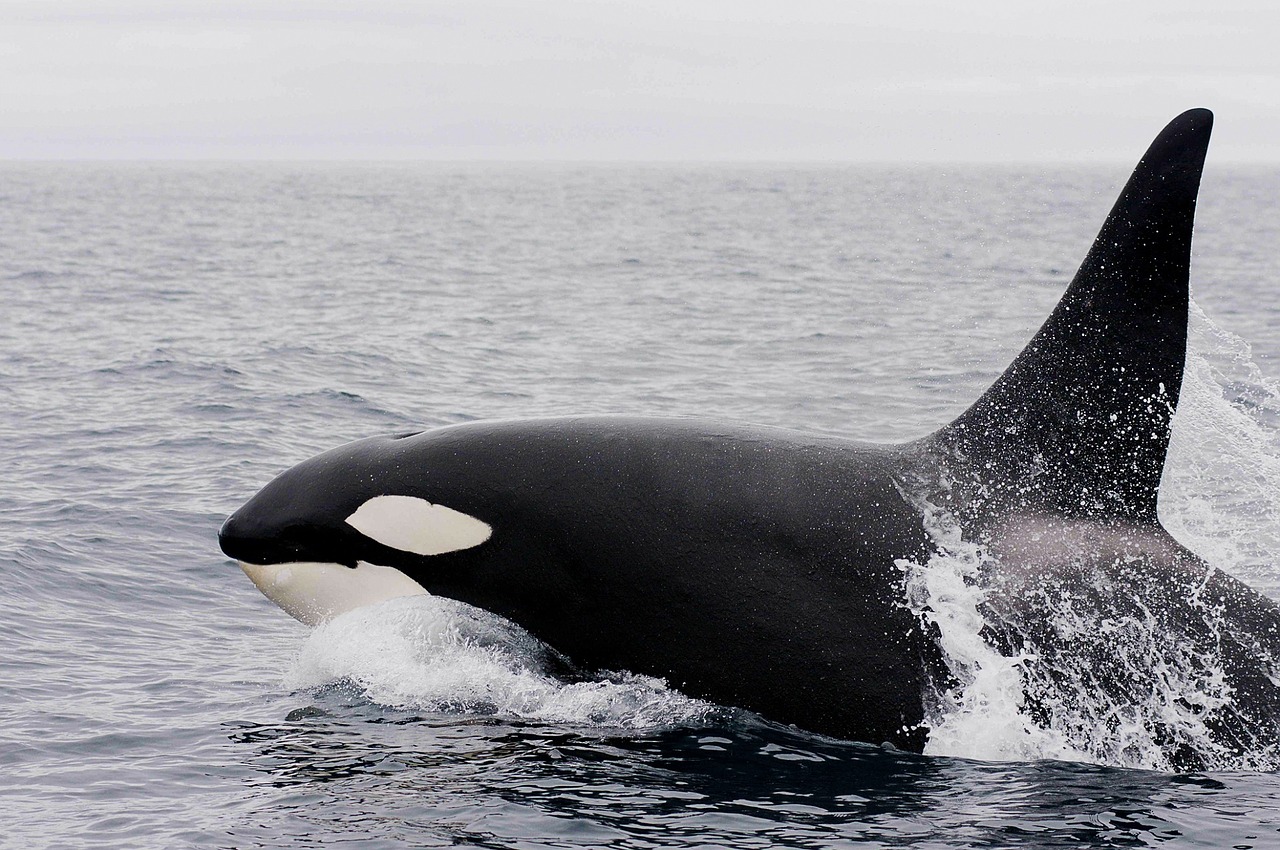 Long overdue, the federal Action Plan fails to outline actions that will ensure endangered Southern Resident Killer Whales are protected from major threats to their survival.

Killer whales are an indicator species, meaning that when we have a healthy population we likely have a healthy ocean. That’s why the Southern Resident Killer Whales have been a big deal at Ecojustice for a long time. The story of these critically endangered whales that inhabit the increasingly busy Salish Sea reflects the story of the entire B.C. coast — their survival and recovery is intimately tied to saving the region’s rich marine biodiversity.

With a population that numbers only 78 whales, the Southern Resident Killer Whale is listed as an endangered species under our federal Species at Risk Act (SARA). For much of the year, these whales forage in the once salmon-rich waters of the Salish Sea. So crucial is the Salish Sea to their survival, it is designated and legally protected as the whales’ “critical habitat”.

Recovery strategy and draft action plans
The plan to save the Southern Residents depends largely on the long-awaited Action Plan for the species. An action plan is a tool under SARA, and part of a two-step recovery process for endangered species protected under the Act. The first step is to create a recovery strategy identifying major threats to the species and their critical habitat, and then implement that strategy through one or more action plans.

The Recovery Strategy for Resident Killer Whales, published in 2008 and amended in 2011, identified three key threats to both the whales and their critical habitat: (1) diminished prey availability; (2) marine pollution; and (3) physical and acoustic disturbance, largely from shipping. It also set March 2013 as the deadline for an action plan to implement the strategy.

Last week, a full four years after the deadline passed, Fisheries and Oceans Canada (DFO) posted the Action Plan for the Northern and Southern Resident Killer Whales [Orcinus orca] in Canada to the SARA Registry — and much hinges on the plan’s contents. Pressures on the Southern Residents are mounting as diminished salmon returns combine with a potential dramatic increase in shipping through the Salish Sea — including oil tankers from the Kinder Morgan pipeline project, which would increase ocean noise and the risk of oil spills.

Previous indications of how far the action plan would go to mitigate these multiple threats varied widely. The Minister of Transport recently suggested that future federal initiatives would “more than mitigate” the impacts of increased tanker traffic associated with the pipeline. By contrast, earlier draft action plans produced in in 2014 and 2016 were notably light on “action”. (Last year, nearly 9,000 people sent letters demanding immediate action to address the threats to these endangered orcas.)

The final plan’s shortcomings
The final Action Plan falls somewhere between these two extremes. Troublingly, it still favors research over action, and voluntary measures over regulation. The plan is an improvement over earlier drafts in that it clearly enables DFO to manage salmon fisheries to ensure adequate food supply in years with poor salmon numbers. But it falls short of actually requiring DFO to use this power. And sadly, there is no firm plan to regulate ocean noise in critical habitat — despite clear evidence that up to 97 percent of whales’ communication space is already taken up in high traffic periods. DFO and partner agencies such as Transport Canada will “investigate”, but not require, new technology onboard ships to reduce noise from vessels.

Perhaps the biggest hole in the plan is that there is no requirement to reduce existing threats before considering any new development in the Salish Sea that would increase existing pressures on the whales. The plan only requires that DFO give advice about mitigating some impacts from proposed future activities. This is a problem because there are many major projects already planned that will increase the pressure on these whales significantly. For example, the National Energy Board found that the now approved Kinder Morgan pipeline will have significant adverse impacts on the Southern Residents. The Government’s failure to ensure that these impacts are mitigated before approving this project is currently before the Court. Clearly, the new Action Plan does not do enough to resolve this problem.

Governments hate to bind themselves by taking firm positions, and it is always easier to sell voluntary measures than to set clear standards and enforce them. However, when the task is to save and recover an endangered species, strong regulatory action is sometimes the only option. Ecojustice will continue pushing to ensure the Action Plan results in strong and practical actions to save the Southern Residents.