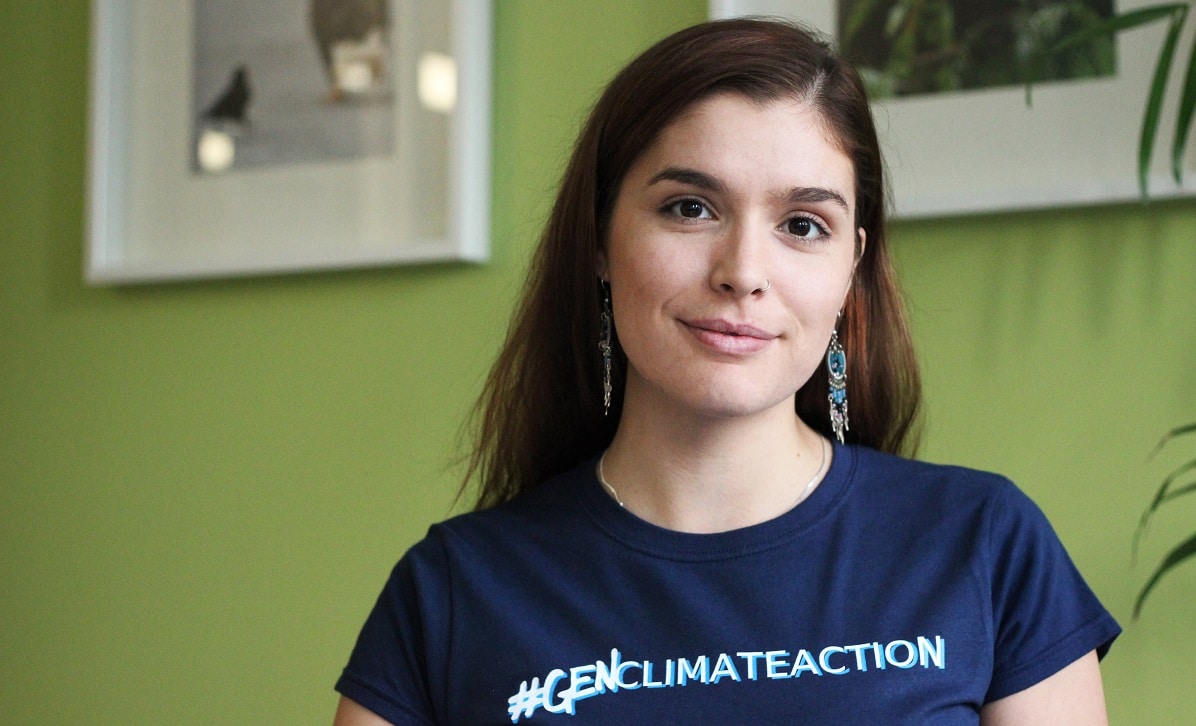 As an Algonquin woman, a young person and a member of the Caribou Clan, I feel the weight of the climate crisis every day.

Changing temperatures, extreme weather patterns and the havoc they wreak on species and ecosystems threaten my basic rights, my community and my very identity.

My people are from the Timiskaming First Nation. I grew up in Rama First Nation, Ont., and now live in Nogojiwanong (Peterborough), Ont. I also belong to the Caribou Clan.

My clan is an important part of who I am. The clan system is our hereditary governance system. It pays homage to the non-human relatives that take care of us in our shared homelands. My clan looks to the caribou to learn about our strengths and responsibilities, including how to be gentle and take care of the social aspects of our communities.

As somebody in their early 20s, however, I fear I won’t be able to pass these teachings down to my own children and grandchildren.

The climate crisis threatens woodland caribou in my traditional territory and across Canada. I’m deeply concerned that, without strong government action, the caribou will disappear.

Since time immemorial, my people have relied on the caribou for survival. In turn, as Caribou Clan people, it’s our responsibility to ensure this species survives alongside us. If the caribou are under threat, then so is my clan’s identity.

This is one reason I’m suing the Doug Ford government.

Together with six other young people, I’m taking the government to court because it violated our Charter rights to life, liberty, and security of the person when it rolled back the province’s emissions targets.

My co-applicants and I live in different parts of the province: Thunder Bay, Sudbury, Toronto, Tiny, Ottawa. We range in age from 12 to 24. Three of us are Indigenous. Some are students. One owns a small business and most of us have taken to the streets to strike for the climate.

What we have in common is our urgent concern about the emergency we’re in — and the will to fight for our futures.

In 2018, the Ontario government eliminated the province’s greenhouse gas reduction targets for 2020, 2030 and 2050 and replaced them with a single, weakened target for 2030.

While Canadian governments at all levels have poor track records when it comes to setting ambitious climate targets (not to mention actually meeting them), Ontario’s decision to weaken its targets is particularly appalling. And, we say, it violated Ontarian’s Charter rights.

With the help of lawyers from Ecojustice, we’re going to court in the public interest. This means that, even though there are only seven of us, we’re pursuing this case in the interest of young people across Ontario.

It also means we aren’t suing the government for money. We want to make sure the courts order the province to strengthen its climate targets.

We aren’t asking to court to prescribe a set number for the new target, but according to the scientists at the Intergovernmental Panel for Climate Change, the world needs to reach net-zero emissions by 2050 if we’re going to avoid catastrophic climate impacts.

When I picture my life at 53, I envision having a family. I want my children to be able to enjoy sunshine, water, fresh air and the natural environment. And I want to tell them I was on the right side of history, doing everything I could to ensure they have a safe and healthy environment to live in.

I’m taking the Ford government to court because I want to be able to pass a safe, healthy planet and climate down to future generations — and because I deserve the opportunity to plan for and dream about my own future. Additionally, as a member of the Caribou Clan, I have a sacred duty to take care of others and look after the caribou and our territory.

Somebody recently asked me what I’d say if I ran into Premier Ford while walking down the street. I’d remind the premier that our “eco-nomy” relies on our “eco-systems.”

And if he tries to argue, that’s fine. I already know what I’d say next: “See you in court, Premier Ford.”

This opinion piece was originally published in the Toronto Star on March 3, 2020.

Support Ecojustice lawyers as they back Shaelyn and her fellow applicants in their court battle to defend every Ontarian’s Charter-protected rights to life, liberty, and security of the person. Make a donation today.
Donate Now!

Sophia Mathur, 12, is taking the Ontario government to court over climate change

#GenClimateAction: Our biggest climate lawsuit yet