Canada is behind the times on triclosan 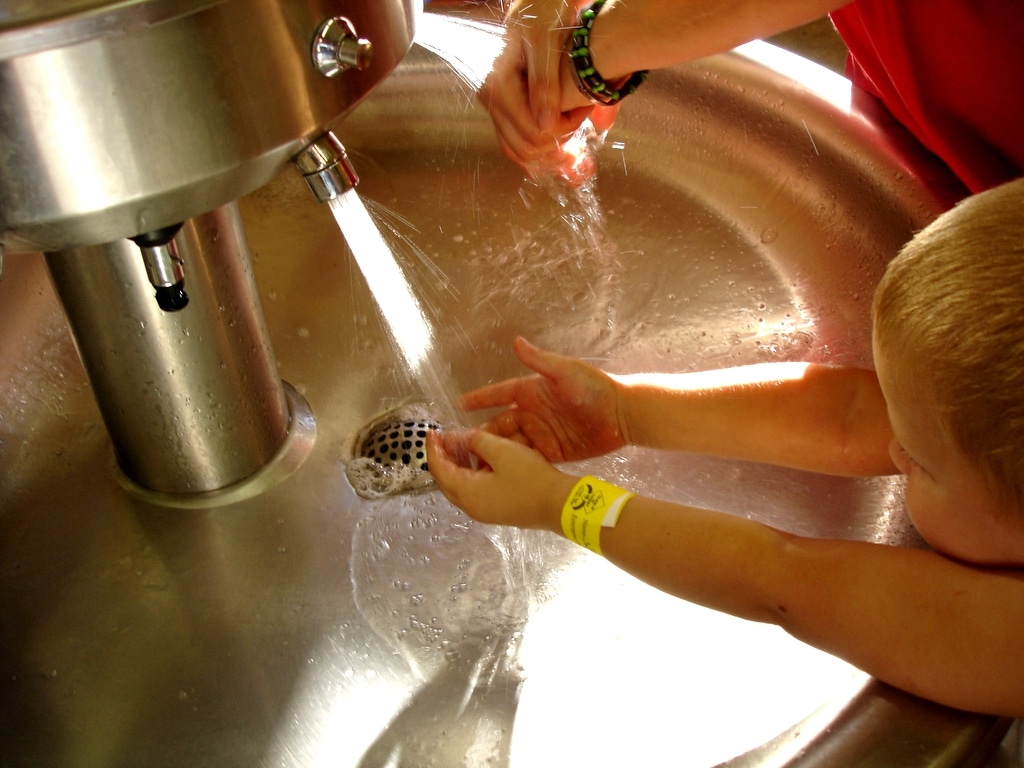 Triclosan: You may have never heard of it, but chances are that you and your family use products that contain it regularly.  Triclosan is a preservative and an anti-bacterial agent used in 1600 cosmetics and personal care products in Canada – including things like anti-bacterial soaps, hand washes, toothpaste and deodorants. It’s even found in toys.  Increasingly, scientific evidence shows that it is harmful to the environment and humans – especially children.  And it doesn’t work particularly well.

That’s why the United States Food and Drug Administration (FDA) recently made the decision to ban it in soaps and hand washes — the European Union passed a similar ban last January. Both Australia and Japan have set limits on triclosan in hand washes far below the levels permitted in Canada. When our federal government finally indicated it would be announcing its long awaited final assessment of triclosan this month, we were hopeful that it too would make a science-based, precautionary decision to keep triclosan out of soaps and hand washes.

Unfortunately, however, there is to be no ban on triclosan-containing soaps and handwashes in Canada like there is in the U.S. The government’s decision is completely inadequate. Here’s why.

Triclosan can pass through skin and poses serious risks to health. It interferes with normal thyroid hormone functions that regulate metabolism. Triclosan exerts weak estrogenic activity, raising concerns about possible reproductive impacts. Normal hormone function is important to children’s health. That’s why groups including the Canadian Partnership for Children’s Health and Environment recommend against exposing children to hormone-disrupting chemicals such as triclosan.

Triclosan also adversely affects health by contributing to the emergence of antibiotic-resistant germs or “superbugs”, thus decreasing the effectiveness of antibiotics.  That’s why groups such as the Canadian Medical Association have called for a ban on antibacterial consumer products, including soaps and sanitizers containing triclosan.

Triclosan is known to be toxic to aquatic plants and animals even at low concentrations – causing reduction in growth and reproduction, and impacting survival.  It bioaccumulates (becomes concentrated) in fish and has been detected in numerous waterbodies across Canada because it is continually released when products containing triclosan are washed down the drain. Triclosan can transform into dioxins, a highly toxic group of chemicals, when it degrades in surface water while exposed to sunlight. Alarmingly, it also has the potential to react with chlorine in drinking water to form the carcinogen chloroform.

Despite advertising campaigns espousing the benefits of antibacterial soap use, experts including the FDA, the Canadian Pediatric Society, and the Canadian Medical Association agree there is no evidence that antibacterial soaps containing triclosan are more effective than regular soap and water.  The only circumstances in which these products may be beneficial are in hospital and health care settings, or the homes of persons with serious diseases impacting the immune system, where preventing infectious illness symptoms and reducing bacteria on hands is critical.

In other words, for the vast majority of Canadians triclosan-containing soaps and hand washes should not be used in our homes, offices, daycares, or schools. In those places, they can cause serious harm to people and the environment while offering no benefits.  Stick with regular soap and water or alcohol-based hand sanitizers.

The FDA’s decision to ban consumer antiseptic wash products containing triclosan and other substances, such as triclocarban, was based on the risks and the ineffectiveness of triclosan and several other substances used in antiseptic washes and soaps. Manufacturers failed to demonstrate that the banned ingredients were both safe for long-term use and more effective than regular soap and water in preventing illness and the spread of infections.

Although Environment and Climate Change Canada determined four years ago that triclosan is toxic to the environment, Health Canada has maintained its position that it does not meet the standard for human health toxicity.  Although the Ministers have proposed adding triclosan to the List of Toxic Substances under the Canadian Environmental Protection Act, the risk management measures will focus on the release of triclosan to surface water via wastewater treatment plants. It will not, however, focus on reducing risk to children and other members of our society who are exposed to the substance through consumer products.

Health Canada’s decision does not reflect the fact that triclosan is ineffective.  Why accept the risks when there is no benefit to Canadians?

Why it’s time to ban triclosan in Canada

Since its emergence in the late-1960s, scientific understanding about the risks posed by triclosan has grown.  Governments around the world are recognizing that the serious risks posed by triclosan and corresponding lack of any benefit when used in consumer products mean there is no justification for allowing the substance on store shelves. It’s time Canada followed suit.

To help encourage the government to take action before it’s too late, we’ve worked with other concerned groups to submit comments urging the government to take a stronger approach to banning toxics in our environment. While it’s not going to be easy, we know that it is important to keep substances that may harm our communities, children, and environment off store shelves.

Ecojustice, the Canadian Association of Physicians for the Environment (“CAPE”), Équiterre, and the David Suzuki Foundation (“DSF”) responded to the Government of Canada’s risk management plan for Triclosan.

We’ve made our submissions to the Government of Canada about its risk management plan for Triclosan, outlining our concerns that Canadians and aquatic environments will be exposed to chemicals that other countries have banned.