We’re going back to court over air pollution in Ontario

By any standard, eight years is a long time. For communities living with some of the most polluted air in Canada, that much time is an eternity.

In 2009, in response to a request Ecojustice helped Ada Lockridge and Ron Plain make, the Ontario government promised to review how it regulates industrial emissions in communities like Aamjiwnaang First Nation. Aamjiwnaang is located near Sarnia, Ontario, and is surrounded by a cluster of major industrial facilities, including petroleum refineries and more than 40 per cent of Canada’s chemical industry. Industry is so prevalent in the area that it is known as “Chemical Valley.”

Fast forward to 2017 and our client Ada is still waiting for the government to finish its review of how it regulates pollution in her community.

An eight-year wait is too long. That’s why we’re helping Ada take the Ontario government to court.

When the government makes a promise, Ada — and we — expect them to keep it. 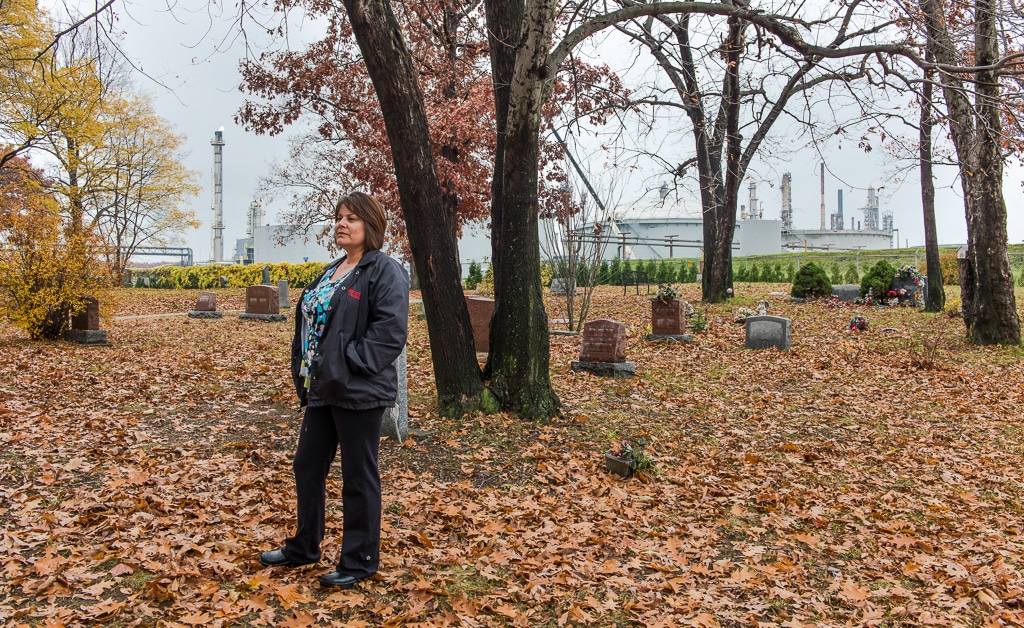 Ada has worked tirelessly to ensure the government makes good on its promise to review the regulation of air pollution in her community. She has taken the government to court before and tried to work with them, but the government still hasn’t delivered.

Two separate Environmental Commissioners, who act as independent environmental watchdogs in Ontario, have recognized that the Ministry’s delay in completing its review is unreasonable.

“Despite decades of work fighting for government accountability and for an end to new air emission approvals, the Aamjiwnaang First Nation still faces a number of unknowns about their past and present exposure to toxic airborne chemicals. They cannot even be sure that the community warning sirens are reliable or that the government will communicate openly and promptly about its environmental findings. Such a situation would be intolerable for any community, but in light of the particular historical context of this case, it is truly shameful,” said then-Ontario Environmental Commissioner Gord Miller.

Currently, Ontario’s Ministry of Environment and Climate Change regulates industrial air pollution by considering emissions on a facility-by-facility basis, rather than looking at the cumulative effects all facilities in the area have on air quality.

Millions of kilograms of air pollution are emitted every year by Chemical Valley facilities.  Every day, Ada breathes in this polluted air. Every day the government delays completing its review is another day that she, as well as her friends and family, are exposed to harmful levels of air pollution.

For Ada, this isn’t an academic exercise. She believes a healthy environment, including air that is safe to breathe, is a basic human right. So do we.

You can help stand up for Ada’s basic human right to a healthy environment too. Please spread the word about this important case by sharing this post on Facebook or Twitter today!