A cautionary tale for gardeners: Bee careful what you’re buying 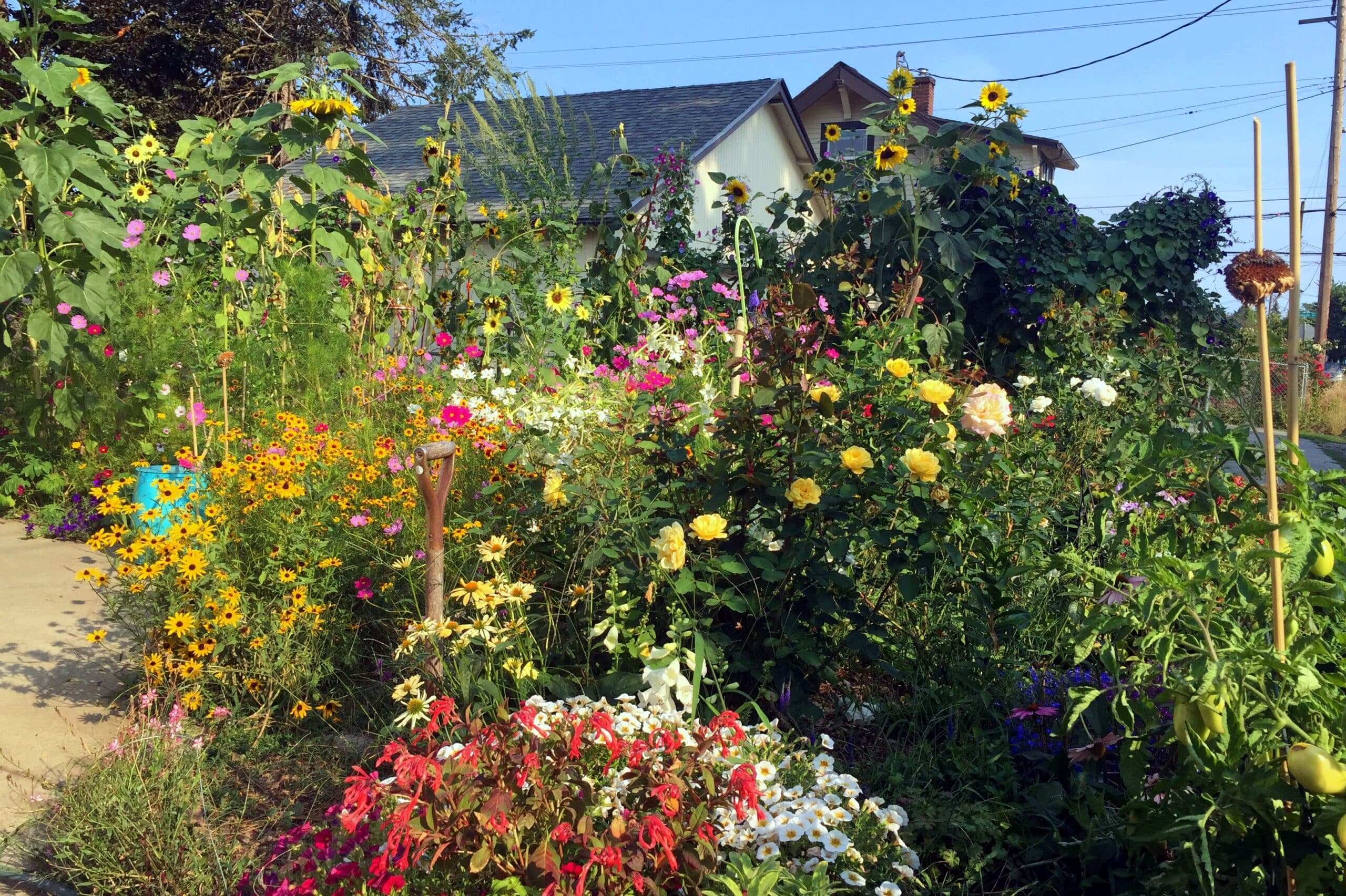 From tomatoes and coffee to apples and avocadoes, many of the foods we consume on a daily basis rely on pollinators to flourish. And if that wasn’t enough work for these tiny critters, we also depend on pollinators to ensure the plants in our parks and gardens can flower, reproduce, and thrive.

That’s why we’ve worked incredibly hard to fight for these important species. Unfortunately, not everyone is as committed as we are to protecting pollinators and human health.

Based on testing conducted by Friends of the Earth Canada, flowering, ornamental plants from some major retailers in Ontario (such as Canadian Tire, Home Depot and Rona) contained residues of “Class 9” cosmetic pesticides, including at least one bee-killing neonicotinoid (neonic).

Class 9 pesticides have been banned for cosmetic use in Ontario for nearly a decade because of their potential to cause harm to human health — especially to children — and the environment. To make matters worse, all of the Class 9 pesticides that were detected have incident reports of human health impacts filed with Health Canada, and all are known to be harmful to animal life, including pollinators.

That’s why we teamed up with Friends of the Earth Canada and urged the Minister of the Environment to launch an investigation into these garden centres.

Unfortunately, earlier this month, we got our response — the minister decided not to investigate our complaint. In the minister’s view, there’s nothing wrong with garden centres selling plants containing Class 9 pesticide residues to consumers to be planted in our parks and gardens – even though using these same pesticides after planting in these same parks and gardens would be illegal. The minister’s refusal to investigate our complaint is based on an interpretation of Ontario’s Pesticides Act and Regulation that is inconsistent with the purpose of the cosmetic pesticides ban and with the courts’ interpretation of similar environmental prohibitions.

While the minister ultimately decided not to investigate our complaint, we know that our efforts to protect pollinators and communities is far from over — later this year, we will be going to court to ensure Canadian regulators conduct more rigorous reviews of toxic pesticides, including those that harm pollinators.

How you can help
The Ecojustice team isn’t alone in the fight to protect pollinators and our communities. As consumers, you hold immense power too.

You can ensure retailers are stocking plants that are safe for your family and the surrounding environment by asking one simple question: Does this retailer offer a guarantee that their plants are neonic-free and do not contain banned cosmetic pesticides? If the answer is no, then look for a place that can offer this guarantee.

You can also try organic nurseries or look online and see if the store you usually shop at has a policy on their website. If all else fails, you can buy pesticide-free seeds and watch your garden grow from scratch.

Most people understand that pesticides are inherently hazardous chemicals. After all, a large part of their purpose is to exterminate pests. But that’s not all they’re known to do.

Pesticides can drift in the air, leach into the soil or run-off into waterways. It’s even possible for them to be tracked indoors where their residues can exist on carpets and clothing for long periods of time. This leaves non-target plants, animals, and our families exposed to these harmful chemicals unnecessarily.

Over the years, medical and scientific research has shown links between exposure to pesticides and serious illnesses, such as reproductive problems, Alzheimer’s disease, Parkinson’s disease, and cancers — including leukemia in children. Study after study has also confirmed that neonicotinoids, one of the largest threats to pollinator colony size and health in Canada, can trigger massive bee die-offs.

As a result, countries around the world are taking a long hard look at their laws. Earlier this year, analysis from the European Union’s scientific risk assessors found that neonicotinoid pesticides pose a serious danger to all bees, making a total ban on the chemicals highly likely in the near future. Recent research conducted out of Quebec also found that neonicotinoids might affect human health — including unborn babies during pregnancy and potentially play a role in fuelling breast cancer.

The science is clear and points in one direction. We should all be taking a more proactive approach to ensuring that the plants and flowers we buy are safe for the environment and our families.

We urge you to make sure your local garden centre knows where you stand when it comes to plants containing risky pesticides. They don’t belong in our gardens.